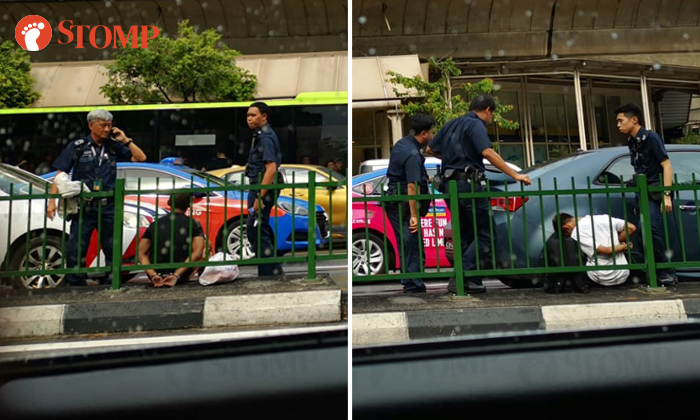 A 23-year-old driver and his two car passengers, both aged 18, were arrested in Ang Mo Kio on Sunday (Mar 8) for drug-related offences.

In response to a Stomp query, the police said they had conducted checks on a car along Ang Mo Kio Avenue 8 at 4.23pm.

"The 23-year-old male driver was driving without a valid licence," said a police spokesman.

All three men were subsequently arrested for drug-related offences.

Stomper Anonymous, who was passing by the scene, said: "Two suspects were seen handcuffed by the police by the roadside in front of AMK Hub.

"The police searched their whole vehicle and seemed to have found something possibly illegal."

In photos and videos that Anonymous took, police officers can be seen searching a car.

Two men can also be seen seated on a road divider while in handcuffs.