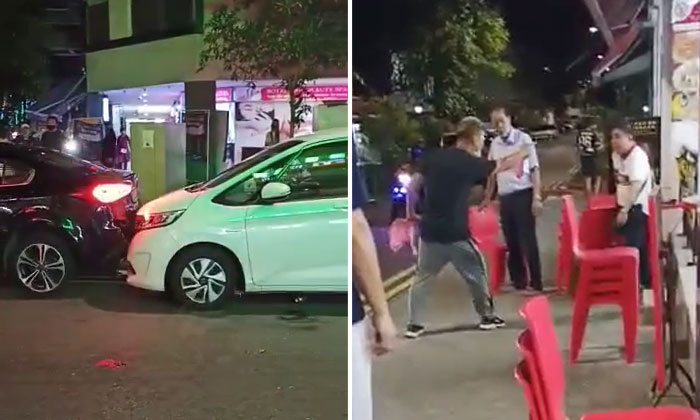 A 55-year-old man was arrested for committing a rash act that endangered the safety of others in a traffic incident at Geylang.

The police said in a statement on Wednesday night (July 22) that they were alerted on Tuesday (July 21) to an incident where a man was seen driving recklessly along Lorong 16 Geylang.

Preliminary investigations revealed the man was believed to have consumed alcohol and was suspected to have intentionally reversed his car towards another person's car and hit the vehicle twice.

Officers from Bedok Police Division established the identity of the man and arrested him on Wednesday.

The police added that suspected drug paraphernalia were also seized from his vehicle.

Several Stompers alerted Stomp to a video of the incident has been circulating on social media.

In the video, a man wearing a black T-shirt is seen getting out of a black car and hurling vulgarities at another man.

He returns to his car and reverses his car into a parked white car twice before driving off.

The man will be charged in court on Thursday (July 23) with the offence of rash act.