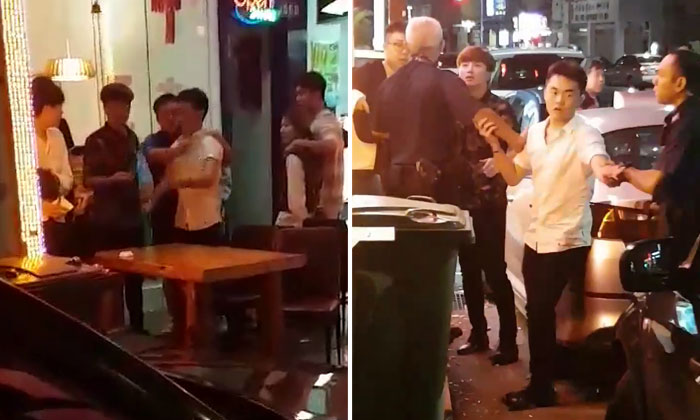 Two 19-year-old men were arrested for rash act with grievous hurt at 14 Foch Road, near Jalan Besar, in the early hours of Sunday morning (Oct 6).

A Stomper alerted Stomp to videos of the incident that were posted on COMPLAINT SINGAPORE's Facebook group page.

In the videos, men can be heard shouting at each other.

The police soon arrive and are seen escorting one of the men, wearing a white shirt, away from the scene.

In response to a Stomp query, the police said they were alerted to the case of rash act with grievous hurt at about 12.08am.

"Two men, aged 19, were arrested in relation to the case," a police spokesman said.