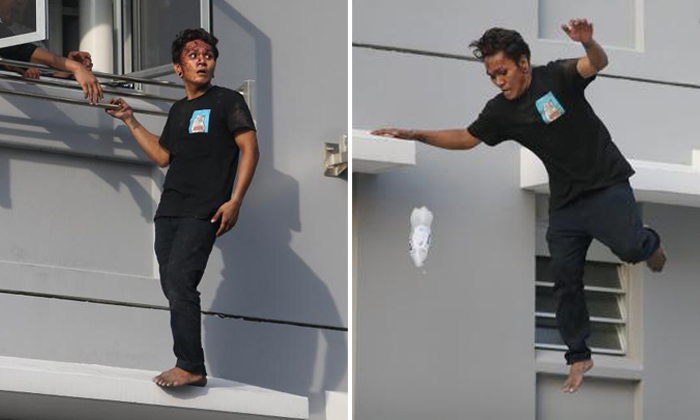 A 25-year-old man was arrested after causing a scene that lasted around three hours at Block 363C Sembawang Crescent on Tuesday afternoon (Dec 25).

Stomper Sam, a resident in the area, said he heard a commotion downstairs at around 3.30pm and looked out of his window. That was when he noticed a man at the opposite block. 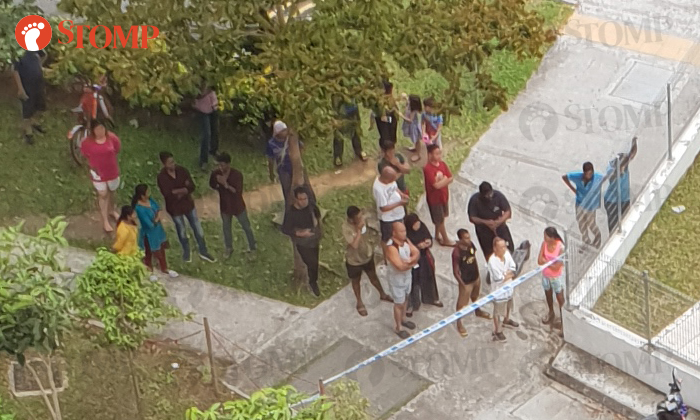 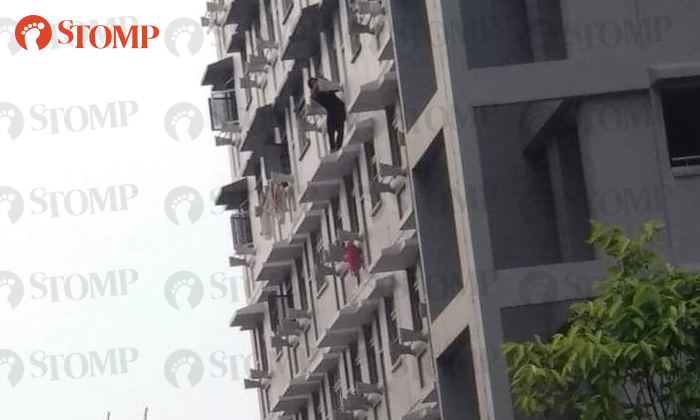 Sam told Stomp: "The man was prancing along the ledge outside the block of flats. He was going from one unit to another on the ledge for over two hours.

"The police and Singapore Civil Defence Force (SCDF) were activated.

"At around 6.15pm, a thud was heard when he presumably landed on an inflatable safety life air pack deployed by the SCDF." 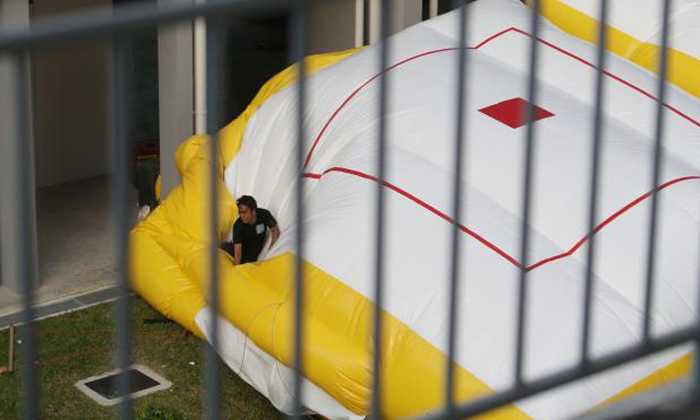 Responding to a Stomp query, the police said they were alerted to a case of attempted suicide at 3.21pm.

The man was conscious when taken to Khoo Teck Puat Hospital.

He was subsequently arrested in relation to the case. 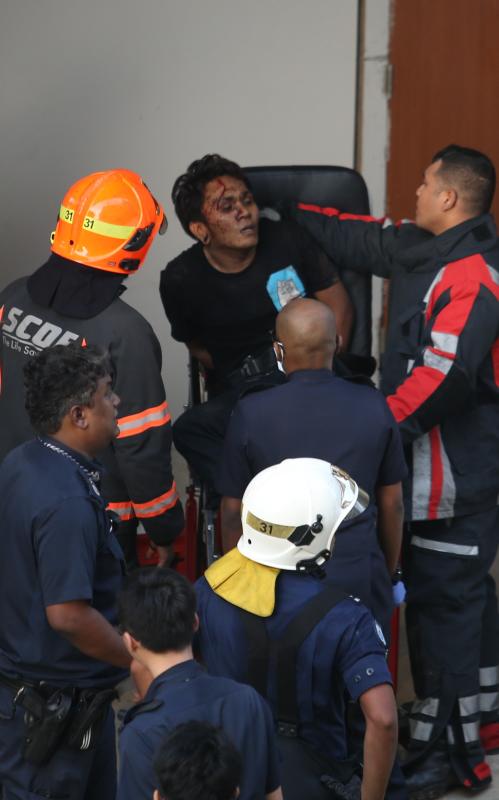 According to Lianhe Wanbao, the man had climbed from a ledge on the seventh floor to the sixth floor, and then to the fifth floor.

He appeared sluggish and his face was wounded.

Three hours later, the police passed a bottle of water to the man, who was believed to be thirsty.

After taking a few mouthfuls of water, the man turned his body and suddenly fell from the ledge. He landed on a corner of the inflatable cushion and narrowly avoided hitting the ground.

Related Stories
Topless man arrested after seen sitting on parapet and roof of sheltered walkway at Canberra Street
Man arrested after allegedly stripping down to underwear at One Canberra condo
Man allegedly stabs his chest after locking himself in Clementi flat, arrested for attempted suicide
More About:
arrest
injured
rescue
suicide attempt