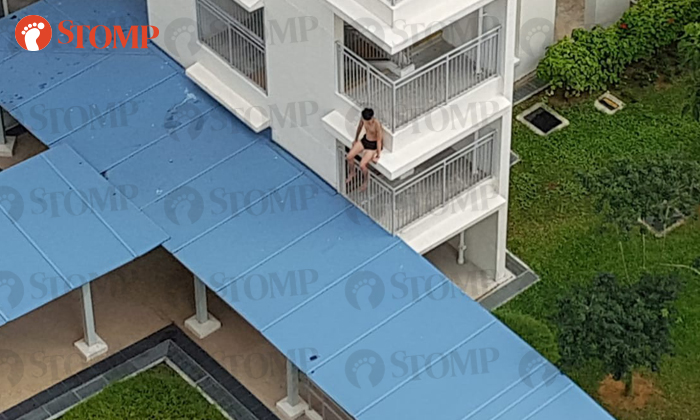 A 23-year-old man was arrested after being seen sitting on a parapet as well as the roof of a sheltered walkway at Block 129B Canberra Street. 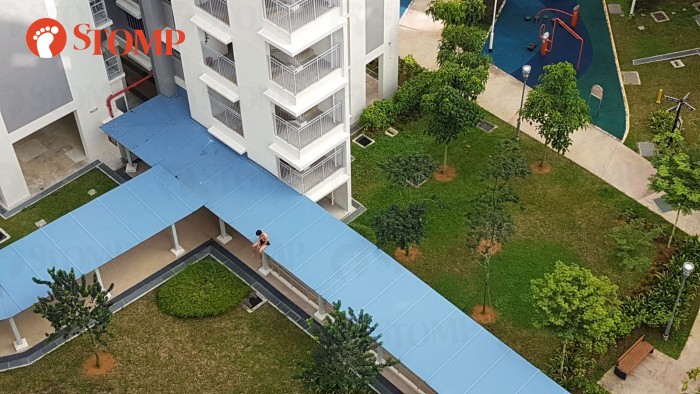 She told Stomp: "I looked out of the window and saw the authorities running and searching every floor of the block opposite."

In response to a Stomp query, the police said that they were alerted to a case of attempted suicide at 9.22am.

"A 23-year-old man was arrested in relation to the case," added a police spokesman.

The Singapore Civil Defence Force (SCDF) told Stomp that it responded to the incident at around 9.25am.

The man refused conveyance to hospital.

See more images in the gallery or watch Stomper W's video below.