Man arrested after getting caught red-handed attempting to rape niece, 3 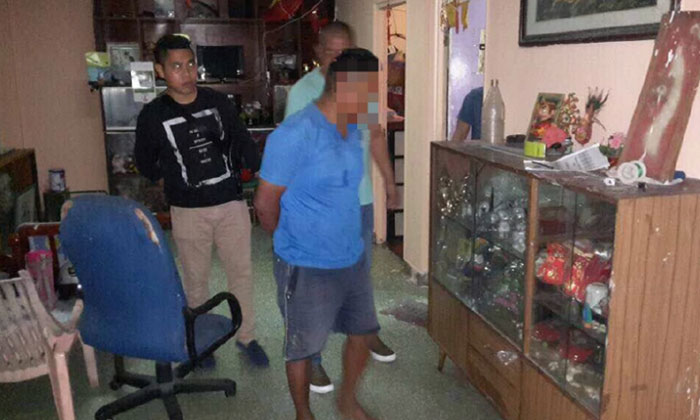 A man was arrested on Tuesday night (Jan 2) for allegedly trying to rape his 3-year-old niece in their family home at Jalan Tiong Hua, Johor Bahru.

“When she realised her daughter was in there, she tried to barge into the room but it was locked from the inside.

“She banged on the door several times and demanded him to open the door. When he finally did minutes later, the victim immediately ran out of the room crying. The man then ran out of the house.

“The victim was crying and claimed to experience pain on her private parts.

“Her mother was shocked when she saw traces of blood and lodged a police report at the Sibu Central police station.”

The police arrested the man from the house at around 11pm.

“The suspect, a labourer, admitted to taking the victim into his room and attempted to rape her before she started to cry for help.”

Related Stories
Man in Hong Kong attacks, binds girl before sexually assaulting her as she suffocated to death
Cook takes videos of sister-in-law in shower -- then molested her on bed, slapped and restrained her
S'porean PR on Langkawi holiday pinned down on bed by trespasser, who says 'I want you' in front of her kids
More About:
Rape
underage
sexual assault
Malaysia
incest