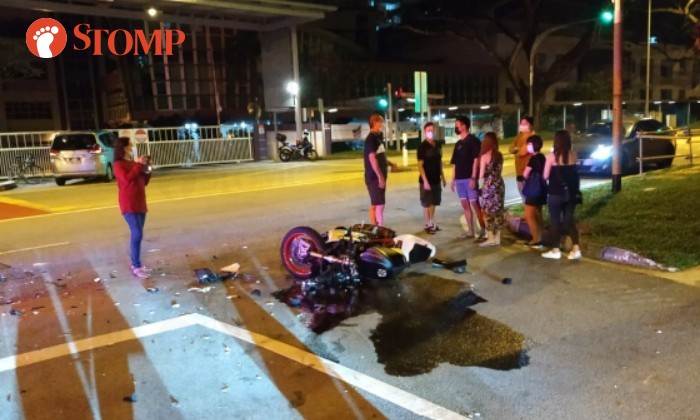 A man is appealing for witnesses after his son, who was riding a motorcycle, got knocked over by a car and was flung across the road at Cashew Road towards the junction of Upper Bukit Timah Road and Cashew Crescent.

Mr Huang, who was called to the scene after his son got hit, told Stomp that the accident happened on Friday (Jan 15).

He explained that his son had just left the house on his motorcycle when an oncoming car swerved into his son's path, knocking him over. 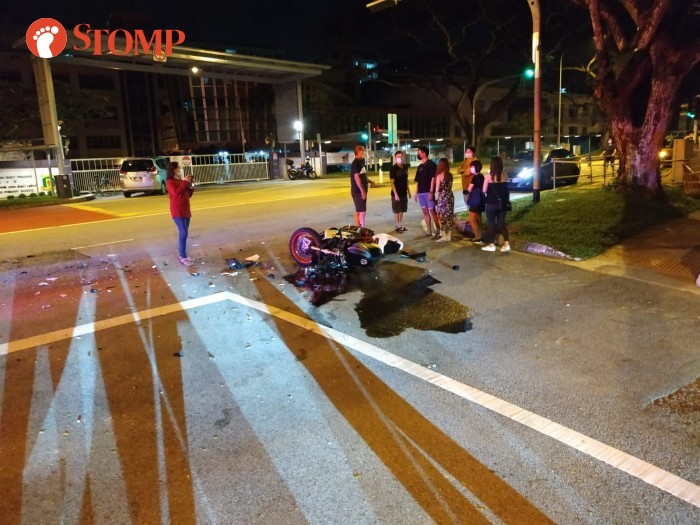 "My son was travelling on the right lane of the two-lane road and was heading towards the direction of Cashew MRT station," Mr Huang said.

"That was when the car going in the opposite direction suddenly made a U-turn and knocked into my son.

"The driver then rushed off without stopping to help."

Mr Huang added that even though his son's phone was smashed, it was still working. A passer-by who attended to his son found the phone and was the one who informed Mr Huang about the accident.

"I immediately rushed down and by the time I was at the scene, there were already passers-by gathering around to help my son," Mr Huang said.

"The witnesses said the driver that sped off was in a black SUV, possibly a Mercedes G Wagon.

"I'm really angry that the driver did not stop to offer help. My son could have died if the injuries were more severe."

When asked how his son is doing now, Mr Huang said: "He was in the hospital from Friday night (Jan 15) to Monday afternoon (Jan 18). He is now recovering at home.

"He sustained bruises and abrasions to his arms, legs and torso. Due to the impact, his lungs were bruised which caused him to have breathing difficulties. But I'm just relieved he's alive.

"If you saw what happened that night, please come forward. I would really appreciate it." 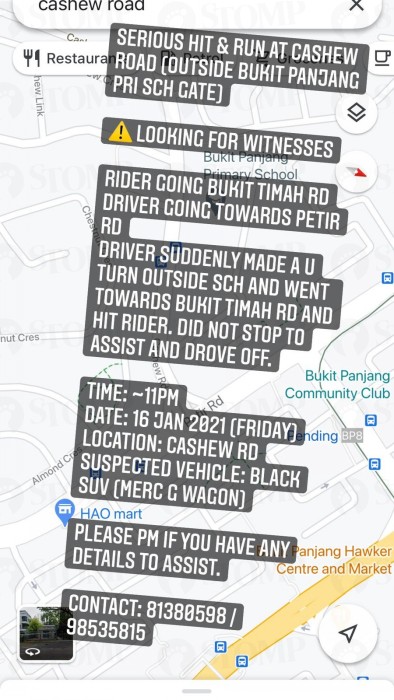 (A screenshot of the circulated Instagram Story appealing for witnesses)

In response to a Stomp query, the police said they were alerted to the hit-and-run accident at 11.18pm.