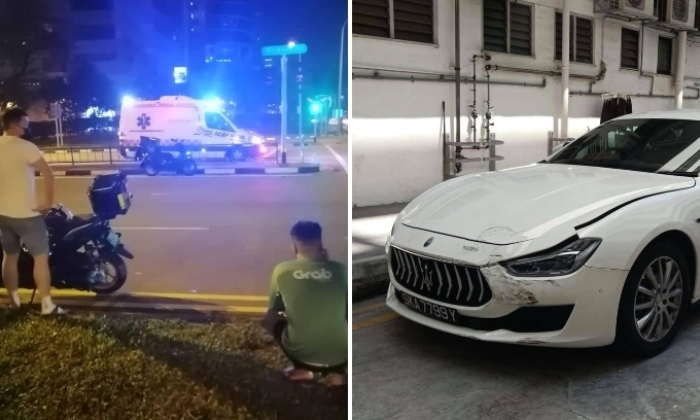 A 46-year-old Maserati driver was arrested for drink driving after he hit a GrabFood rider at the junction of Paya Lebar Road and Airport Road and fled.

According to a police report posted on SG Road Vigilante's Facebook page, the GrabFood motorcyclist was on his way to do a delivery on Tuesday (Nov 10) at 10.30pm when the Maserati crashed into him, causing the rider to fall on his right side. 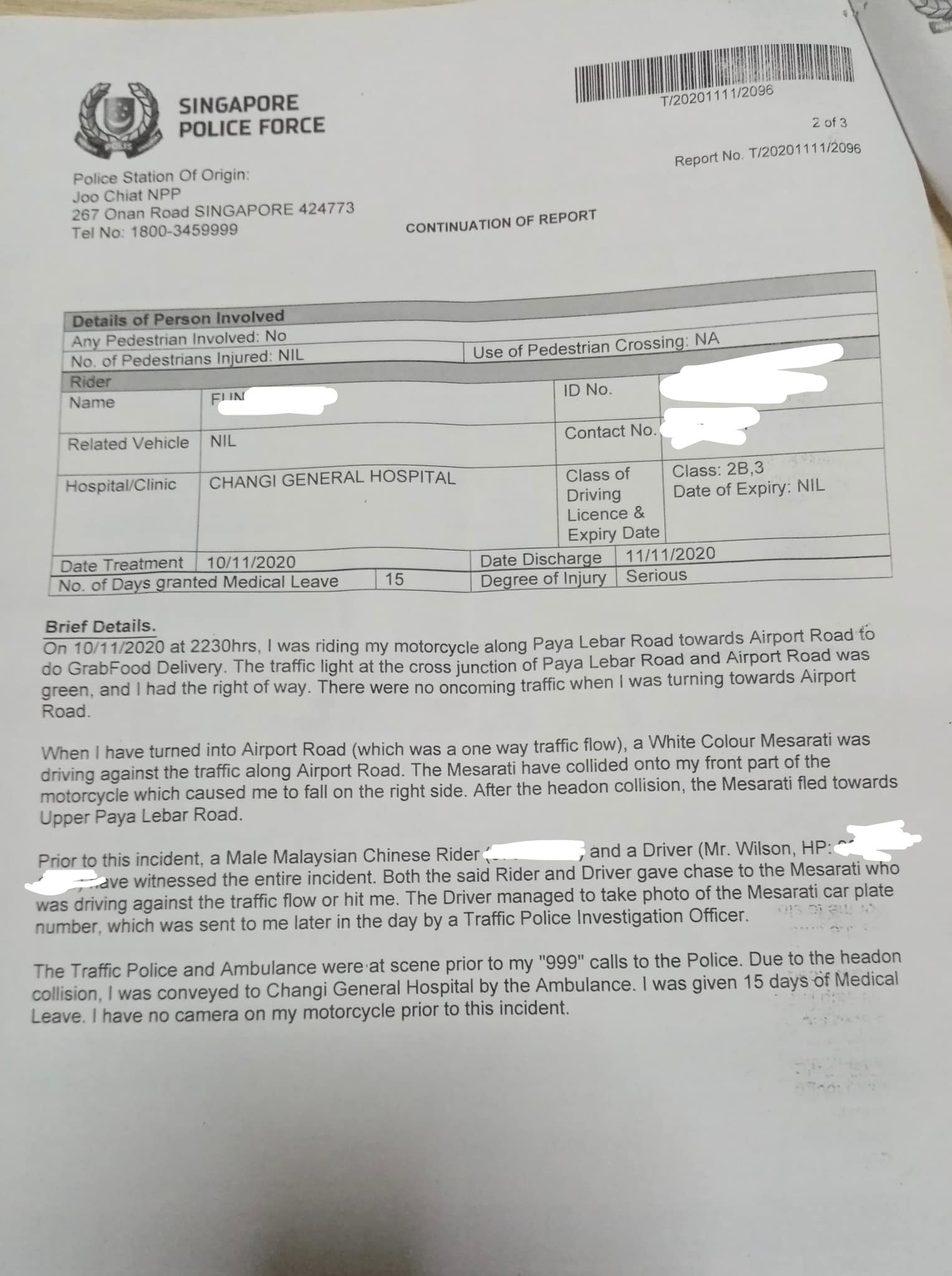 The GrabFood rider also stated in the police report that the traffic light was green and he had the right of way.

He added that another driver and a motorcyclist witnessed the accident and gave chase after the Maserati fled the scene.

They caught up with the Maserati and managed to take photos of the car. 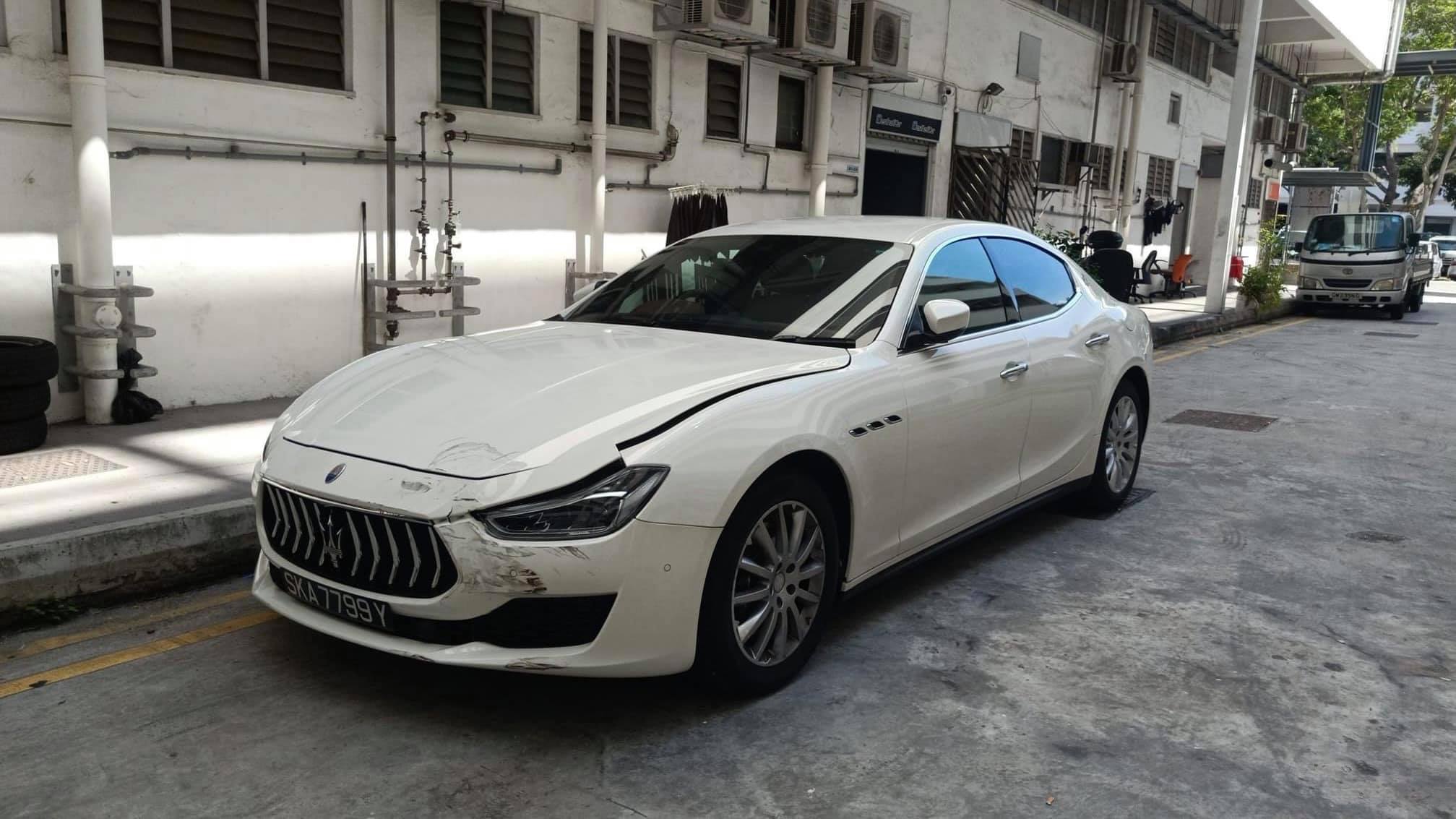 Black scratches, possibly from the accident, can be seen on the front of the car.

The GrabFood rider also mentioned that he was given 15 days of medical leave due to the accident.

In response to a Stomp query, the police said they were alerted to the hit-and-run accident involving a car and a motorcycle at 11.09pm.

"The 34-year-old male motorcyclist was conscious when conveyed to Changi General Hospital," added the police spokesman.