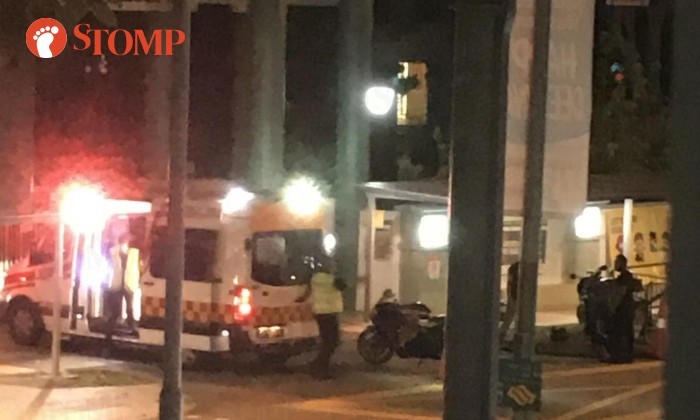 A 24-year-old male motorcyclist was taken to hospital after the bike he was riding was involved in a hit-and-run accident with a taxi along Ubi Avenue 1 towards Ubi Avenue 2 on Sunday (Oct 18).

Stomper Charlotte spotted the accident scene and shared a photo with Stomp. 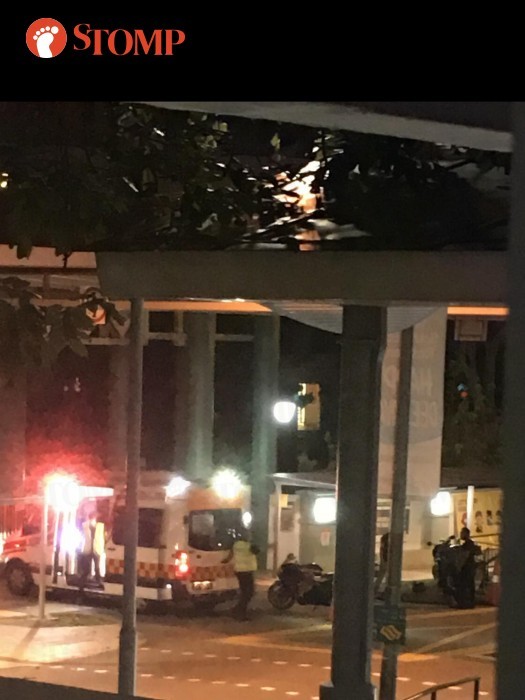 "There was an accident near Maha Bodhi Primary School," Charlotte said.

"I heard a revving sound from a motorcycle and the next thing I knew, someone slammed onto the railings and landed on the pavement."

In response to a Stomp query, the police said they were alerted to the hit-and-run accident at 9.42pm.

"A 24-year-old male motorcyclist was conscious when conveyed to Changi General Hospital," said a police spokesman.

The Singapore Civil Defence Force (SCDF) also said in a statement that they were alerted to the accident at 9.40pm.

"SCDF conveyed a person to Changi General Hospital," said a spokesman for SCDF.