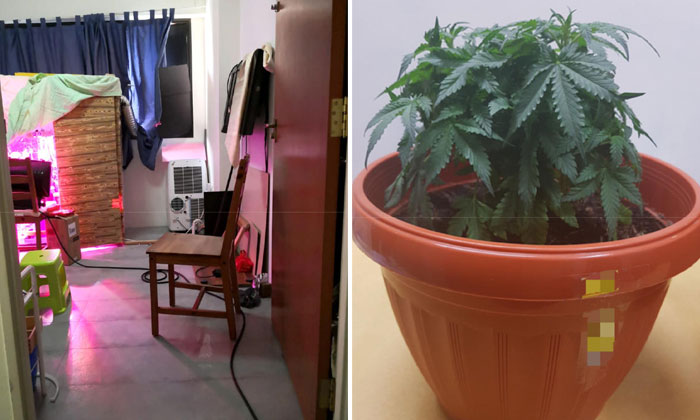 Officers from the Central Narcotics Bureau (CNB) on Monday (Sept 9) arrested two suspects for cannabis cultivation in a residential unit in Yishun Street 31.

The raid took place after officers from the Immigration and Checkpoints Authority (ICA) found glass apparatus, suspected to be used to consume drugs, at the parcel post section of SingPost Centre.

During the raid on the Yishun residential unit, officers from the CNB found the glass apparatus, two pots of cannabis plants as well as printed and written instructions for cultivating cannabis plants, the authorities said in a statement on Tuesday (Sept 10).

A 44-year-old man and a 52-year-old woman suspected of drug offences were arrested during the raid.

Pictures of the raid show a makeshift greenhouse in the Yishun unit, with reflective surfaces, special pink lighting and controlled temperature to cultivate the cannabis plants.

In September 2016, officers from the CNB seized two cannabis plants, along with 1kg of cannabis and other drugs worth about $38,000 from a residence in Punggol Place.

The raid was carried out after ICA officers detected a parcel suspected to contain cannabis at the Changi Airfreight Centre. 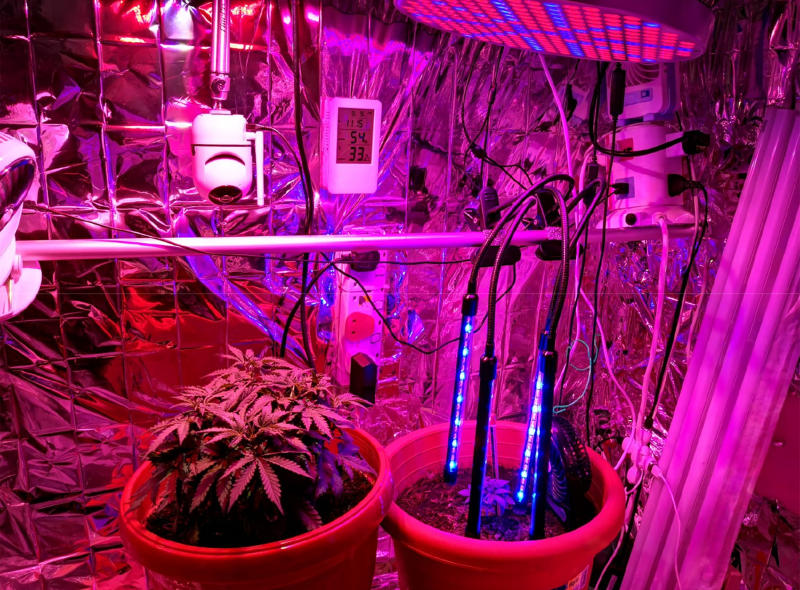 A 35-year-old Singaporean man, who was the intended recipient of the parcel, was arrested at the time.

Cannabis is a class A controlled drug listed under the Misuse of Drugs Act.

The consumption, possession, trafficking, import or export of controlled drugs is an offence under the Act.

Cultivation of cannabis is also considered an offence under the Act.

Those convicted of cultivating a cannabis plant may be jailed for up to 20 years, fined $40,000, or both.

ICA said it would continue to conduct security checks on passengers, cargo and vehicles at the checkpoints to prevent attempts to smuggle drugs, weapons, explosives and other contraband entering Singapore's borders.