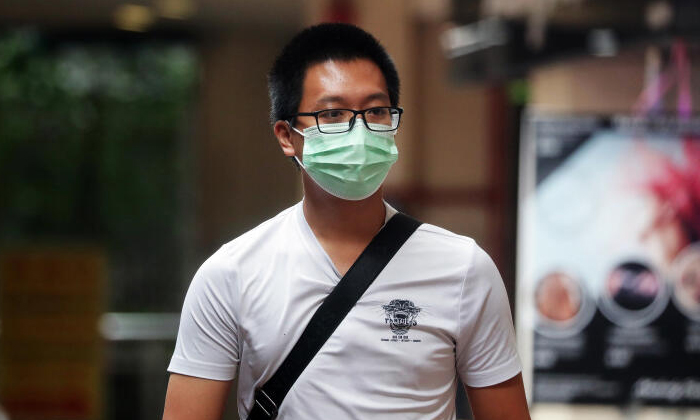 A man allegedly acted on an unlicensed moneylender's behalf by throwing a Molotov cocktail into the compound of a house in the Yio Chu Kang area in the wee hours of April 25, 2020.

Chan Suan Guan, now 24, is also accused of an offence under the Covid-19 (Temporary Measures) Act as he is said to have left his home without reasonable excuse that day to target the household during the circuit breaker period.

Singapore had imposed the circuit breaker between April 7 and June 1, 2020 to curb the spread of Covid-19.

In an unrelated incident, the Singaporean is also accused of causing the death of a motorcyclist by driving a van without due care and attention last January.

Chan was initially expected to be convicted on Monday (Jan 3), but the case has been adjourned as the court heard that his defence lawyer needs to take instructions from him.

He is now expected to plead guilty to his charges on Feb 3.

He is also accused of one count each of causing death by driving without due care and attention and an offence under the Covid-19 (Temporary Measures) Act.

Chan is said to have started his crime spree in November 2019 when he allegedly helped one "Kimberly" to carry out the business of unlicensed moneylending by handing over to the latter his ATM card and his personal identification number linked to a bank account.

He allegedly continued to help Kimberly in a similar manner until April 1, 2020.

These charges are said to involve multiple bank accounts in his name.

He is said to have unlawfully left his home during the circuit breaker later that month.

After that, he allegedly threw the Molotov cocktail into the compound of the house on April 25, 2020, causing annoyance.

Separately, Chan was driving a van along the Pan-Island Expressway at around 5.20am on Jan 2 last year when he allegedly failed to have proper control of it.

The vehicle veered to the left and it struck a stationary motorcycle at a road shoulder. The 39-year-old rider died following the incident.

If convicted of acting on behalf of a loan shark to cause annoyance to a household, an offender can be jailed for up to five years, fined up to $50,000 and ordered to receive up to six strokes of the cane.

For causing death by driving without due care and attention, an offender can be jailed for up to three years and fined up to $10,000.