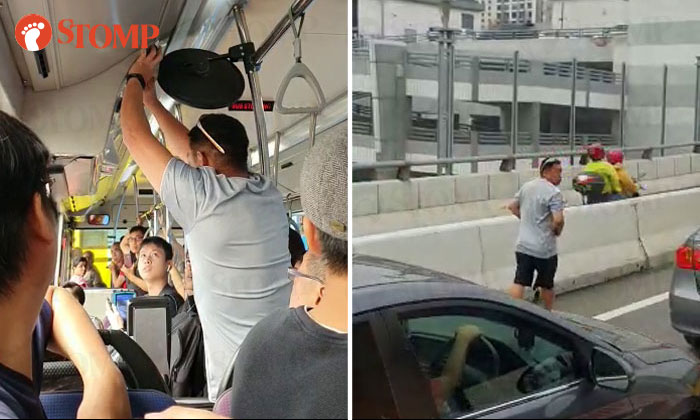 A man activated the emergency door release while riding a bus from Johor Bahru to Singapore on Thursday afternoon (Oct 31).

Stomper Denzel alerted Stomp and shared a video he took of the incident at about 3.45pm.

He said it happened onboard bus service 950 towards Singapore, after the vehicle had been stuck in traffic for almost 30 minutes.

In the video, the man is seen pressing the emergency release button above the bus's door to get out of the bus.

Other passengers are later seen following the man off the bus to walk along the causeway.

"The man asked the driver to open the door while it was stuck in the jam," said Denzel.

"For safety reasons, the bus captain didn't open the door but the passenger immediately activated the emergency door release to open it.

Denzel said most of the passengers on board the bus followed the man off the bus to walk along the causeway.

"Some of stayed put in the bus for safety reasons," he said.

"We were about 800 metres from the Singapore checkpoint.

"The bus did not move at all as there was still traffic congestion in front of it.

"The bus captain made an effort to get down and direct traffic to let the bus passengers walk." 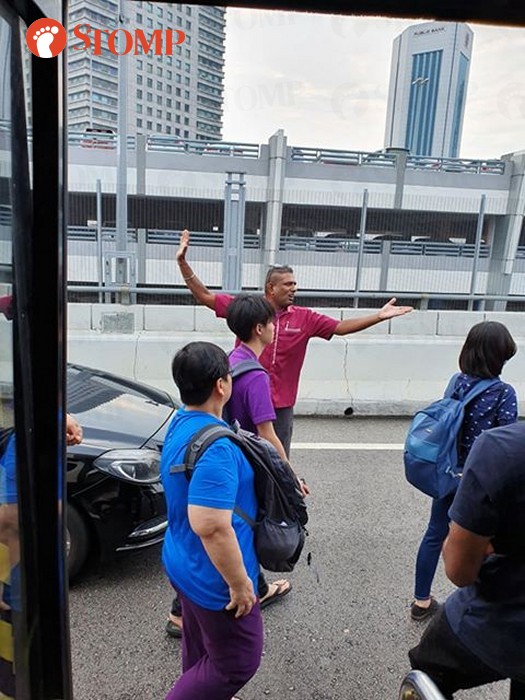