Commuter puts legs on seat while sitting beside sign that disallows this act: 'So big sign, can see right?' 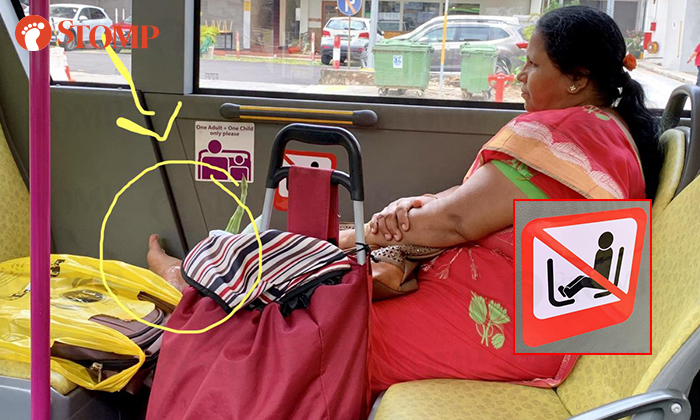 A commuter was spotted with her legs on a seat in a bus even though she's sitting right beside a sign that disallows this act.

It was about 1.30pm and Stomper GGOng had just boarded a bus on service route 66 when she noticed a woman sitting with her legs on a seat opposite from her.

She also contributed photos of the incident.

GGOng told Stomp: "I didn't go up to enlighten her or anything like that. The bus wasn't so crowded yet. When people came up the bus, they would look at her but she no reaction so I was getting a bit pissed off.

"The bus passed by a primary school a couple stops before I alighted. A lot of students came up but she didn't give way. She continued in this position.

"I find it very inconsiderate. The sign is so big already. She can see the sign right?

"Luckily her bare feet don't stink, if not everybody would have fainted already. Still, I think it's not nice. The sign is beside you and you totally ignore. She put leg up, put bag in front and trolley beside her. That's why I was like, sigh.

"I was just angry. Be considerate to others lah. What would the next person who wants to sit there think? I won't want to sit there if I know beforehand that someone had already put their feet there.

"Think of hygiene reasons also lah. Plus, all the primary school students come up, all the youngsters looking. Don't you think, as an adult, you should set an example to let the younger generation see so they will respect you?

"I see youngsters don't really respect elderly and elderly will complain to say that youngsters now very rebellious, but I feel in instances like these, can't blame them totally. As an adult, you don't set an example and teach, how can young ones look up to you?

"Both parties should play their part. Everybody taking public transport, let's just all be considerate."

Stomper Pikagirl also contributed photos from a separate instance which occurred at about 10am on Saturday (Aug 31).

She was on a bus that was going along service route 985 when she witnessed a similar scene. 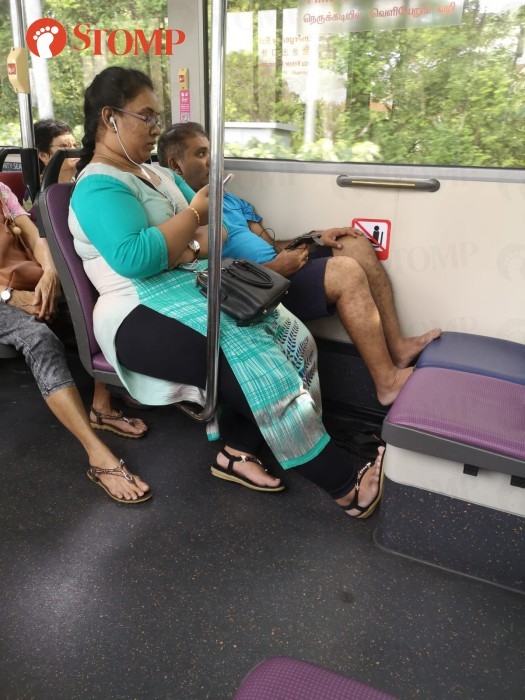 Pikagirl told Stomp: "It was super crowded. Despite the new sticker reminding people not to place their feet up on the chair, this man chose otherwise. I couldn't get a seat because of this."

Here is another similar instance that another Stomper witnessed. 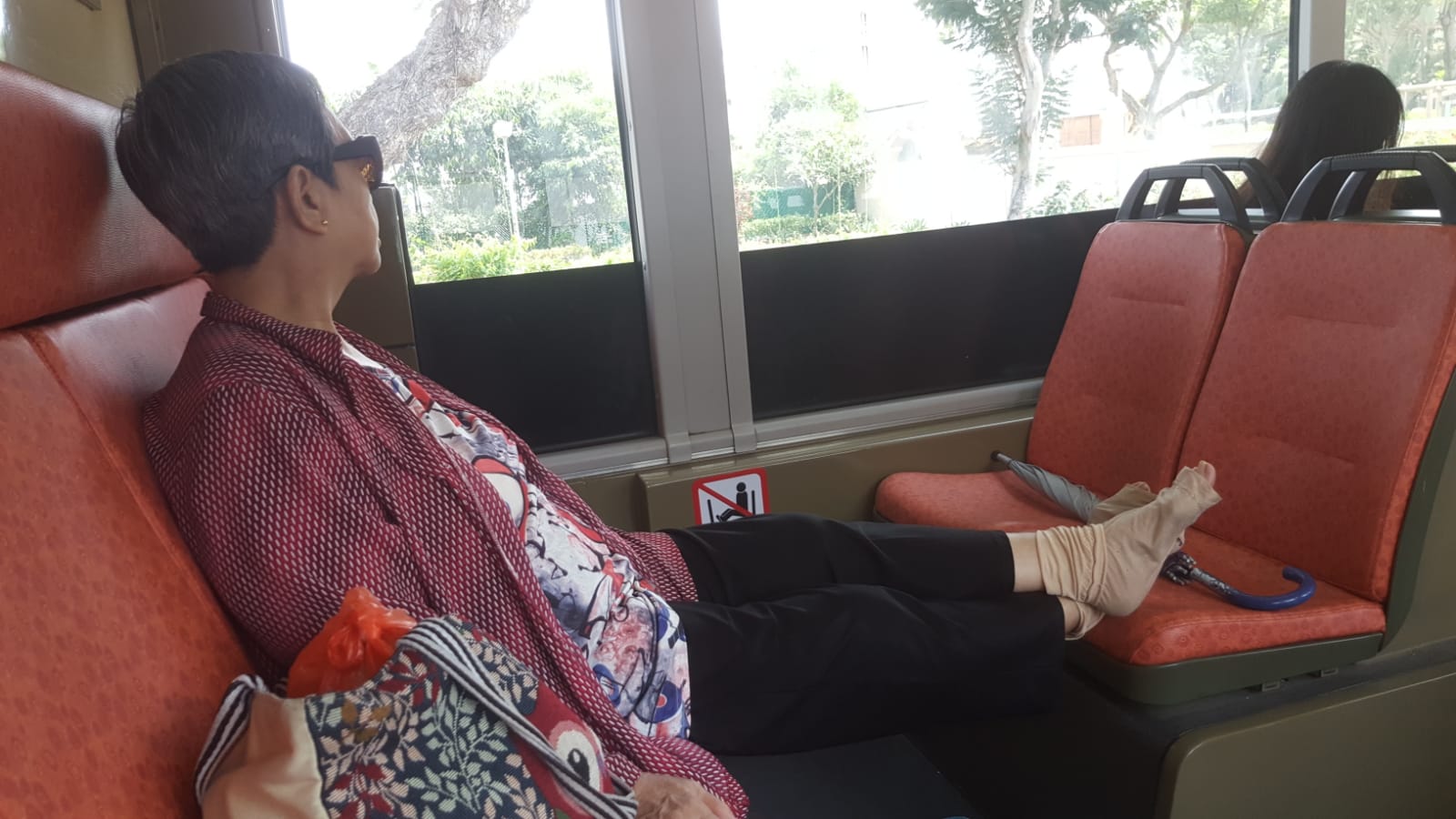 Related Stories
Excuse me, seats on public transport are not for your legs or luggage
Man who blasted music on train rages at commuter after being asked to lower volume: "I'll cut your penis!"
Woman blocks bus from moving off and demands driver make U-turn after missing her stop
More About:
Bus
inconsiderate