Man, 81, falls down and suffers head lacerations after robber, 64, pulls gold chain from his neck 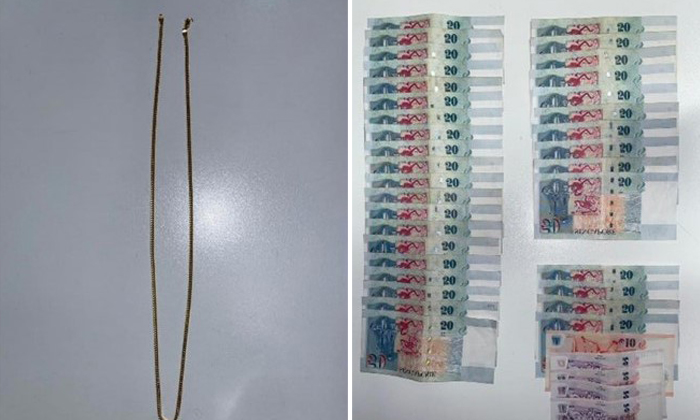 A 64-year-old man was arrested for robbery with hurt after he allegedly pulled a gold necklace from an 81-year-old man's neck and fled.

The police said in a statement that they were alerted to a case of robbery with hurt along French Road at around 4.35am on Thursday (May 6), where the suspect had gotten into a confrontation with the victim.

The younger man allegedly pulled the gold necklace from the victim's neck and fled the scene.

The victim fell, suffered lacerations on his head and was taken to hospital.

Through ground enquiries and with the aid of images from police cameras, police officers established the suspect's identity and arrested him within eight hours of the report.

Cash of $1,718 and the stolen gold necklace were subsequently recovered.

The man will be charged in court on Saturday with robbery with hurt, which carries a jail term of five to 20 years, and at least 12 strokes of the cane.