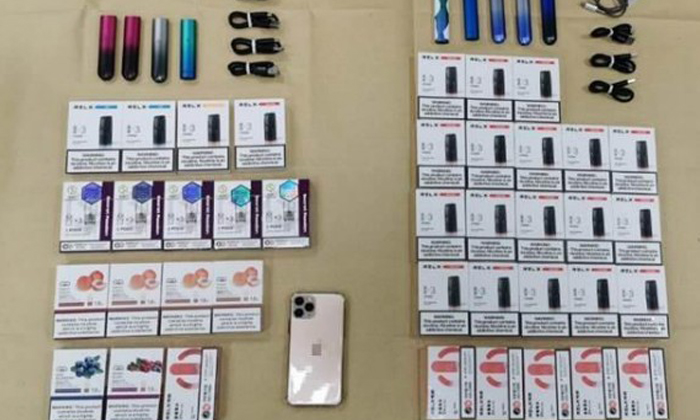 Three 20-year-old men were arrested on Friday (April 9) for allegedly assaulting and robbing a 19-year-old teenager along Chancery Lane.

The police said they received a report about the case of robbery with hurt on April 8, at around 9.55pm.

The incident involved a male teenager who had allegedly been assaulted and robbed by three unknown men along Chancery Lane.

Through ground enquiries and with the aid of images from CCTVs, officers from Tanglin Division established the identity of the three men and arrested them the following day.

Police investigations against the three men for robbery with hurt are ongoing.

The three men and 19-year-old teenager will also be investigated for offences under the Tobacco (Control of Advertisements and Sale) Act.

The offence of robbery with hurt carries a jail term of between five and 20 years, and at least 12 strokes of the cane.

It is an offence under the Tobacco (Control of Advertisements and Sale) Act to sell, possess for sale, import or distribute e-vaporisers and their related components.

It is also an offence to possess, purchase or use e-vaporisers and related components. The penalty is a fine of up to $2,000.

Related Stories
Man nabs teen who fled with $12k gold chain during Carousell meetup: 'He picked the wrong victim'
Man who assaulted and robbed victim of $210 in Toa Payoh arrested within 4 hours
Armed robbery of $48k in Jurong: 3 youths held female employee at knifepoint and confined her in room
More About:
assault
robbery
arrest
illegal
smoking