Man, 71, left bloodied after fall at Jalan Tenteram was not hit by PMD, say police 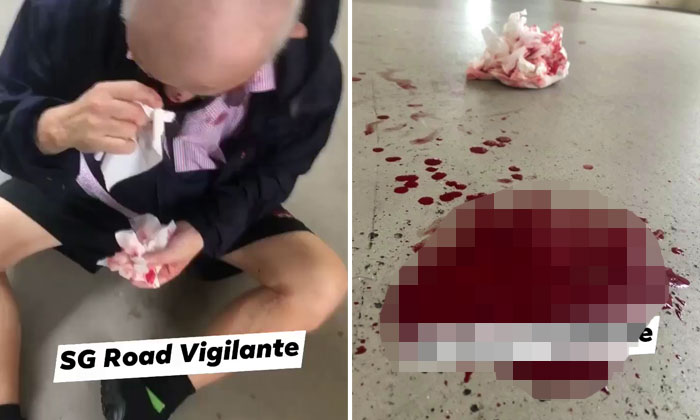 A 71-year-old man was taken to hospital after a bad fall at the void deck of block 17 Jalan Tenteram on May 18.

The police told Stomp that they were alerted to a suspected case of rash act causing hurt on May 23.

However, based on preliminary investigations, no foul play is suspected as the man had fallen down on his own and was not knocked down by a personal mobility device (PMD).

A video posted on SG Road Vigilante's Facebook page showed the man with blood on his face and a pool of blood on the ground.

The post alleges the man was injured in a hit-and-run involving an e-scooter.

In the footage, the elderly man thanks a kind passer-by, who is recording the video, for assisting him as he wipes his bloodied face with tissue paper.

Images included in the video show a face mask soaked in blood and paramedics arriving at the scene.

In response to a Stomp query, the Singapore Civil Defence Force (SCDF) said they received a call for assistance at 4.20pm.

The man was conscious when taken to Tan Tock Seng Hospital.