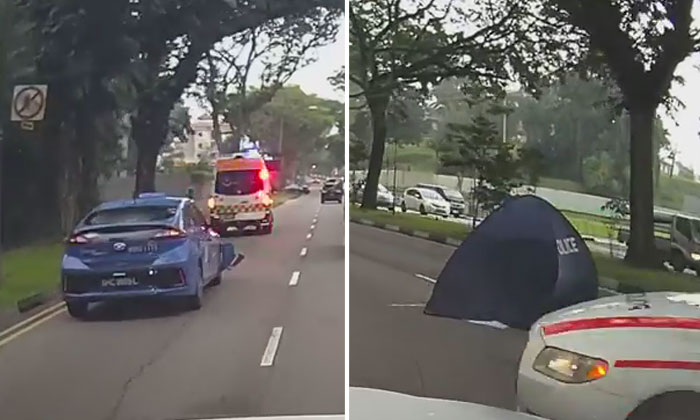 A 61-year-old man died after he was hit by a taxi along Upper Thomson Road towards Thomson Road on Thursday morning (Dec 13).

The cabby was subsequently arrested for causing death by negligent act.

Stomper Sarah alerted Stomp to the accident and Naaz shared a link to a video taken at the scene.

In the video posted by Facebook user Lawrence Loh, police officers can be seen directing traffic to merge onto the left-most lane while police vehicles block the other two lanes.

A blue death tent is seen in front of the police cars and a ComfortDelGro taxi is parked at the side of the road behind an ambulance.

In response to a Stomp media query, the police said they were alerted to the accident at about 6.30am.

"The pedestrian, a 61-year-old man, was pronounced dead by paramedics at the scene," a police spokesman said.