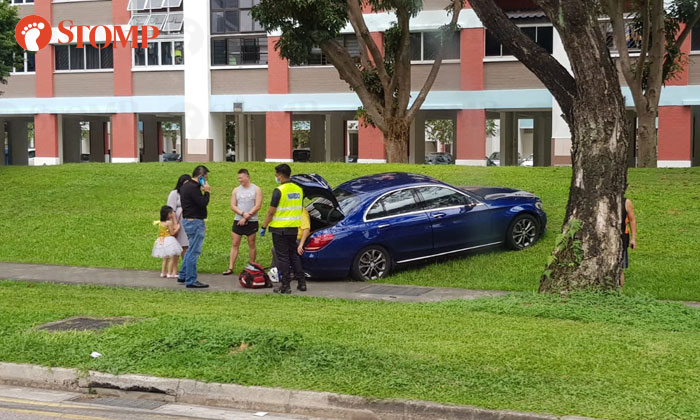 Stompers Dan and Edros alerted Stomp to the incident and shared photos from the scene.

Dan said that it happened near Temasek Polytechnic.

In one of the photos, a car is seen on a grassy slope next to the pavement.

In response to a Stomp media query, the police said they were alerted to the accident at about 12.01pm.

"Four people, aged between 51 to 65, were conscious when conveyed to Changi General Hospital," a police spokesman said.

Stomp understands that the lorry driver, car driver, and two of the lorry's passengers were among those taken to hospital.