Rider, 47, taken to hospital after accident with car along Bukit Batok Road 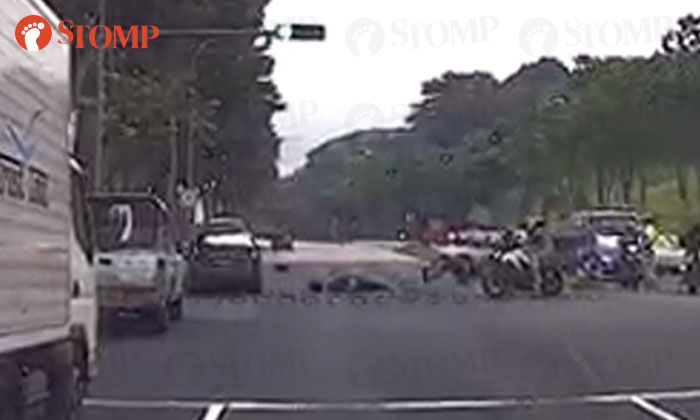 A 47-year-old motorcyclist was taken to hospital after he was involved in an accident with a car at Bukit Batok Road towards Jurong Town Hall Road on Friday (Dec 7).

Stomper David was driving along Bukit Batok Road shortly after the accident occurred and captured the scene on video with his in-car camera.

In his video, a motorist can be seen exiting his vehicle to run to the assistance of the fallen rider at a junction.

Other riders are seen stopping to help the man lying on the road.

In response to a Stomp media query, the police said they were alerted to the accident at about 5.41pm.

"The motorcyclist, a 47-year-old man was conscious when conveyed to Ng Teng Fong General Hospital," a police spokesman said.