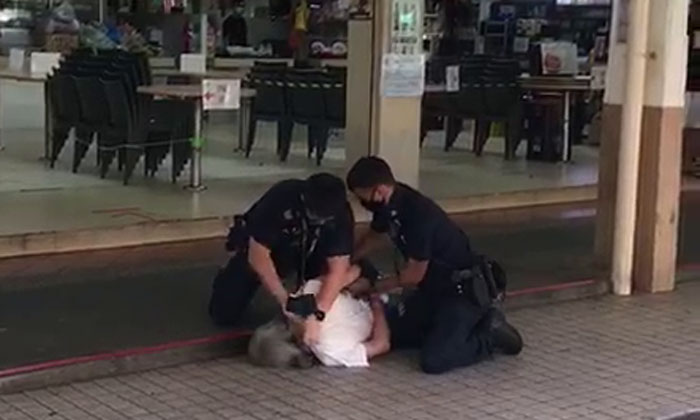 A 56-year-old man was arrested for refusing to wear a mask and for pushing two police officers in front of a coffee shop at Block 12 Telok Blangah Crescent on Monday morning (Apr 20).

Several Stompers alerted Stomp to a video circulating online of the man being pinned down by the officers.

In response to a Stomp query, the police said the two officers on foot patrol came across the man at about 9.26am and found he was not wearing a mask.

"Despite being advised multiple times by the police officers to put on the mask that he was holding in his hand, the man refused to do so," said a police spokesman.

"The man then pushed both police officers when they stopped him from walking away."

The man was subsequently arrested for the offence of using criminal force against a public servant.

The police are also looking at breaches of safe distancing measures committed by the man.