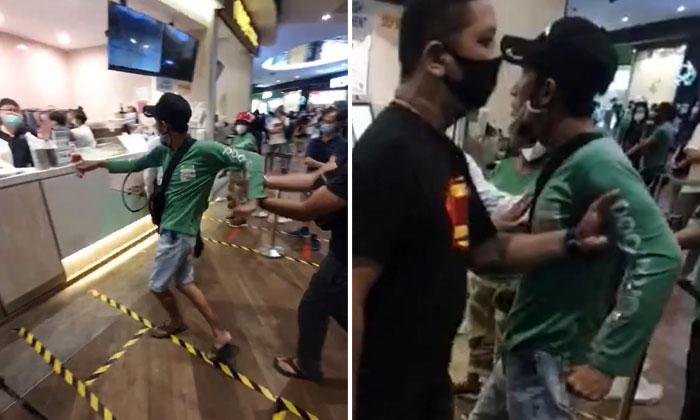 PlayMade apologises to GrabFood rider who was arrested at Waterway Point: Staff told him it would be a 'f****** long wait'

A 38-year-old GrabFood delivery rider was arrested for public nuisance after making a scene outside bubble tea shop PlayMade at Waterway Point on Tuesday night (Apr 21).

Several Stompers shared with Stomp videos of a commotion outside the outlet.

In the videos, a man wearing a GrabFood shirt is seen shouting and gesturing at one of PlayMade's counter staff members.

Thanks to a friend of our page for sharing.
The argument allegedly started because the PlayMade staff said something offensive.

While being held back by other people at the scene, he is heard repeatedly shouting at the staffer: "Come out la!"

Posted by All Singapore Stuff on Tuesday, 21 April 2020

In response to a Stomp query, the police said they received a call for assistance at 83 Punggol Central at 9.39pm.

"A 38-year-old man was arrested for public nuisance," a police spokesman said.

It was announced on Tuesday that the circuit breaker period had been extended until June 1 and that standalone F&B outlets, including bubble tea shops, would be closed from Wednesday (Apr 22) onwards. 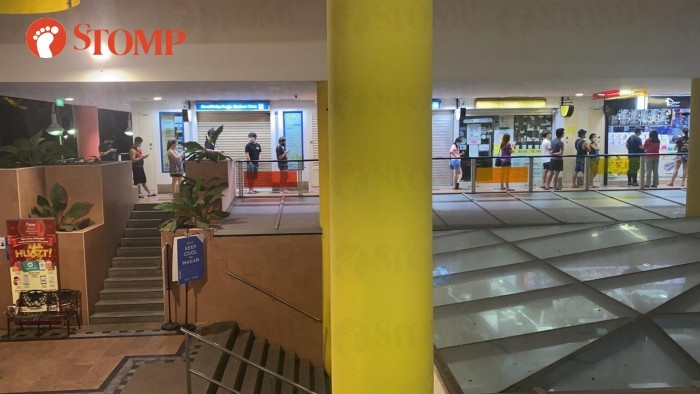 Similar to how sellers started listing burgers on Carousell for jacked-up prices after McDonald's announced the closure of all its Singapore outlets on Apr 19, it did not take long for scalpers to start advertising cups of bubble tea at ridiculously high prices. 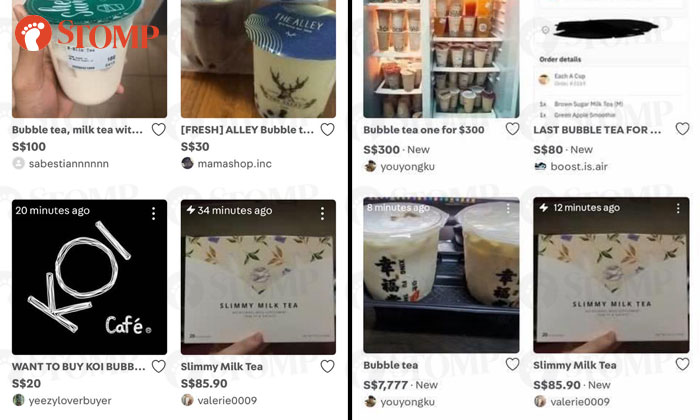