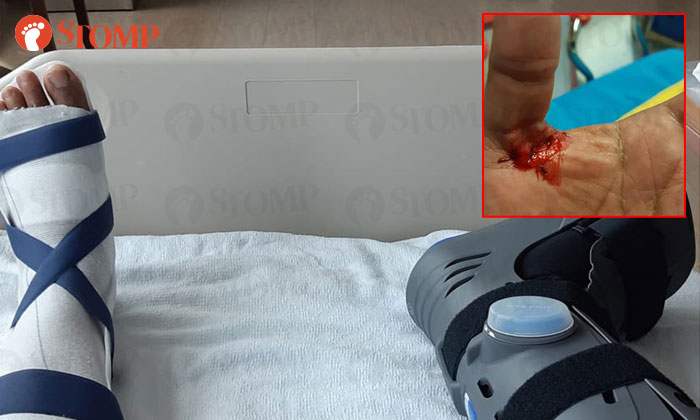 A 47-year-old man was arrested for suspected drink-driving after he hit a motorcyclist along Tampines Avenue 1 on Oct 16.

Stomper Tan alerted Stomp to the incident by sharing a Facebook post made by the rider, Mohd Efzi Bin Sani.

In his post, he said he was flung off his bike after getting hit behind by the car driver who was making a U-turn. 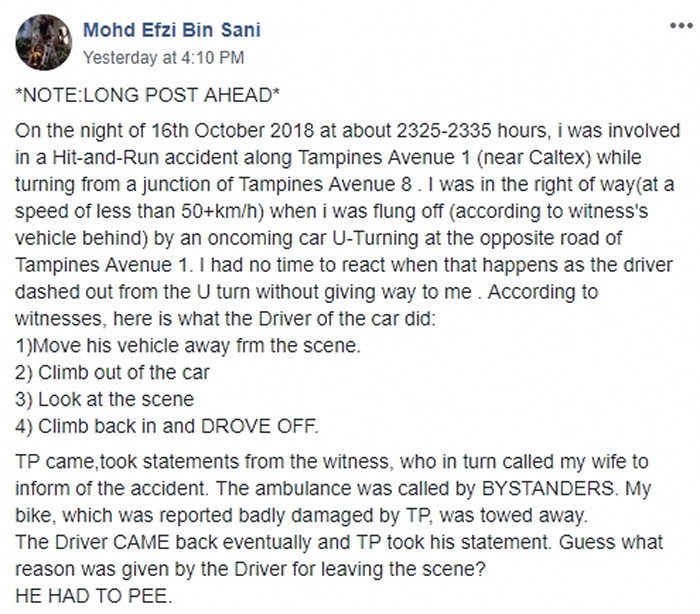 He said he had the right of way and had "no time to react" when the driver made the U-turn without giving way.

He expressed anger at the driver for climbing out of his car, looking at the scene and driving off again.

However, he later returned again to give a statement to Traffic Police.

Efzi wrote: "Guess what reason was given by the driver for leaving the scene?

"With the above reason, he chose to abandon me, who was lying injured on the road, helpless.

"What if it happened without any witness or bystander? What if no ambulance came?

"There is no sense of concern in my opinion.

"If you really have to pee, Caltex IS JUST THERE BESIDE THE ROAD.

"You have to go back to your condo just to relieve yourself after what happened??"

Efzi added that he was hospitalised for two weeks and sustained fractures in his foot, ankle and wrist.

He also included photos of his injuries. 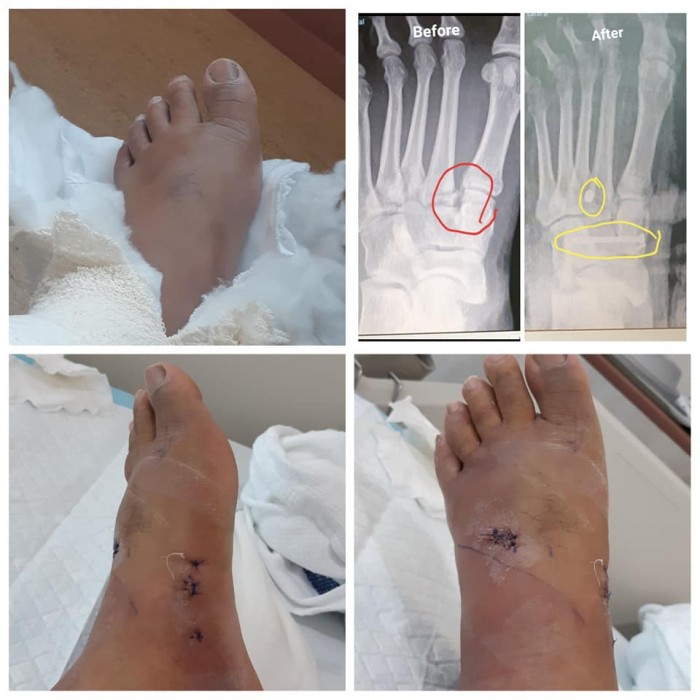 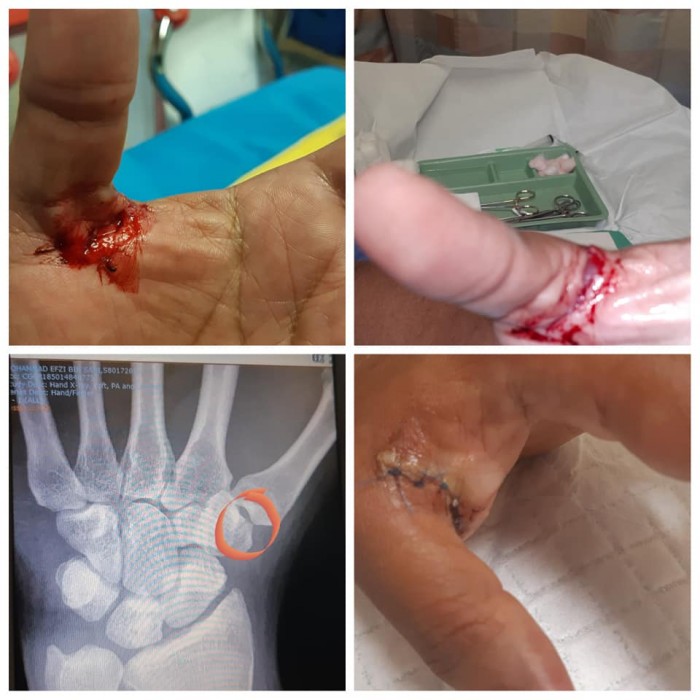 In response to a Stomp media query, a police spokesman said they wre alerted to the accident at about 11.26pm.

"The motorcyclist, a 38-year-old man, was conscious when conveyed to Changi General Hospital," the spokesman said.

"The car driver, a 47-year-old man was arrested for suspected drink-driving."