Man, 34, arrested for drink-driving after accident at Sims Ave East 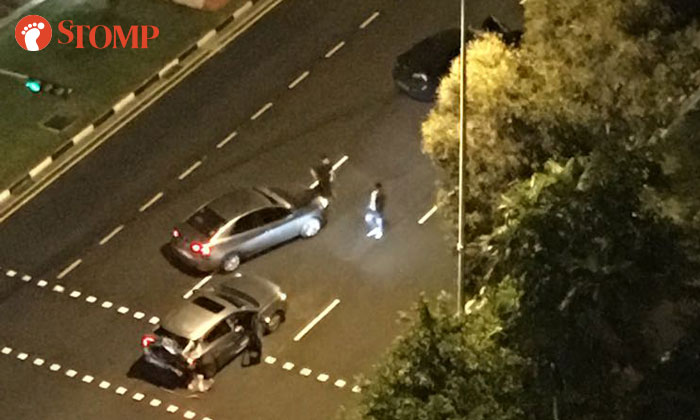 A 34-year-old man was arrested for drink-driving after he was involved in an accident with another car at the junction of Sims Avenue East and Jalan Kembangan in the early hours on Saturday (Oct 27).

A Stomper alerted Stomp to the accident and shared photos he took of the scene from his home nearby at about 2.20am.

"I heard a loud thud sound," the Stomper said.

"At first, I thought the silver car had run over someone as he was near the pedestrian crossing and there appeared to be something at the rear right-hand side of his vehicle.

"However, when the drivers came out of their cars, they didn't seem to have any reaction or pay extra attention to it, so I assumed no one was run over at the traffic junction."

In the photos, the rear end of one silver car appears to be damaged. Another silver car is stationary next to it. A black car is also seen parked a few metres ahead.

In response to a Stomp media query, a police spokesman said they were alerted to the accident at about 2.26am.

Stomp understands that the man arrested was driving a black car.