Driver, 59, arrested for drink-driving after getting into accident following police chase at Telok Blangah 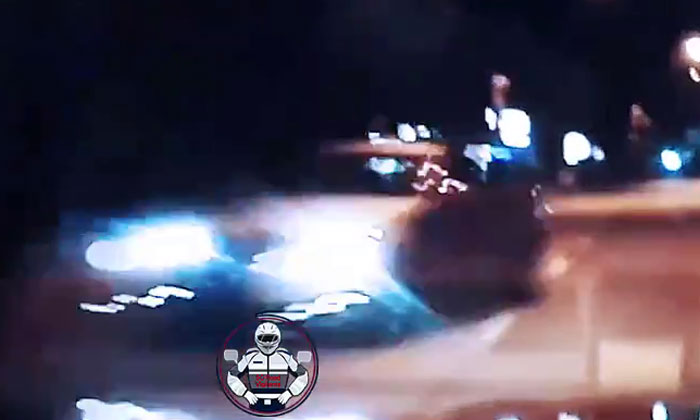 A 59-year-old driver who was caught on video going against traffic was arrested for drink-driving after getting involved in an accident at the junction of Telok Blangah Way and Henderson Road on Wednesday (Sep 12) at about 1.16am.

A driver narrowly missed causing a collision with another motorist when he went against traffic.

A video of the incident was posted in SG Road Vigilante's Facebook group.

According to the post, the driver was driving along River Valley Road towards Clemenceau Avenue near Kim Yam Road.

In the video, the driver is travelling on the correct side of the road before suddenly driving across the divider line and cutting in front of the oncoming car that is recording the incident.

Update: Member of the group Justin Lam tells us the driver was chased down by the TP and eventually arrested at Telok...

According to another witness who contributed a photo that is attached to the end of the video, the driver was "chased" by Traffic Police and arrested at Telok Blangah Road. 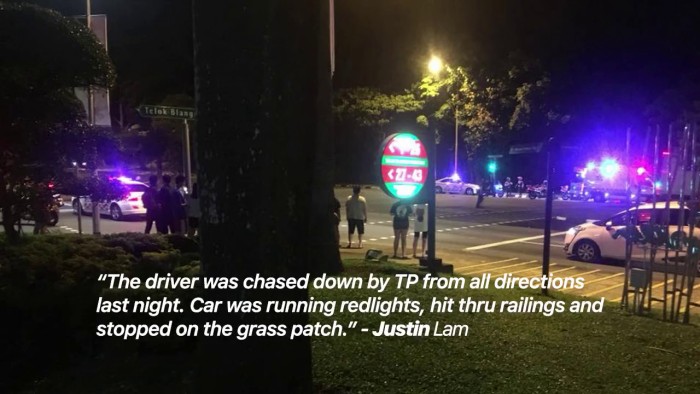 In response to a Stomp media query, a police spokesman said that the 59-year-old male driver had refused to comply with Traffic Police instructions to stop for a check.

"In the ensuing pursuit, the car was involved in an accident at the junction of Telok Blangah Way and Henderson Road," the spokesman said.

A passenger in the car, a 46-year-old man, was conscious when he was taken to Singapore General Hospital.

The driver was subsequently arrested for suspected drink-driving.

Related Stories
Driver uses phone and goes against traffic -- in Tampines Bus Interchange
Driver comes face-to-face with car that went against traffic and took 'shortcut'
Does this driver even know he's driving on the wrong side of the road at Ubi?
More About:
drink-driving
arrested
Accidents
dangerous driving
drivers going against traffic