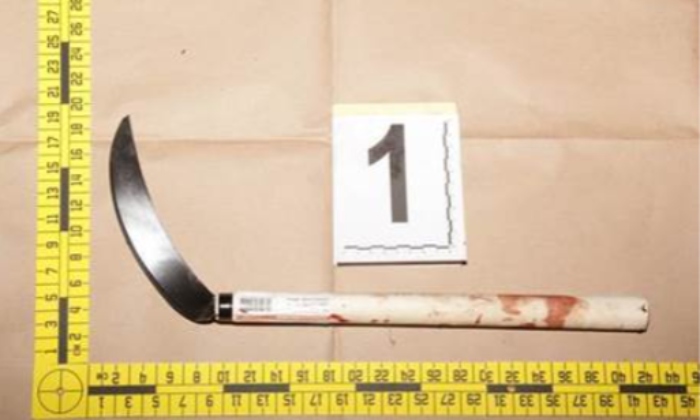 A 30-year-old man was arrested for allegedly punching and using a sickle to slash two Certis officers in the vicinity of Canberra Link on Monday (Nov 9).

The police were alerted to the incident at about 7.30pm where two Certis officers, who are enforcement officers attached to the National Environment Agency (NEA), were allegedly assaulted by a man while performing their enforcement duties.

"The man fled the scene before the police’s arrival."

The two officers were conscious when conveyed to Khoo Teck Puat Hospital.

Through follow-up investigations and with the aid of images from the police cameras and the Certis officers’ body worn cameras, officers from Woodlands Police Division established the identity of the man and arrested him within seven hours.

"The police have also seized a bloodstained sickle, believed to be the weapon used by the man to assault the officer, found near to the scene of the alleged assault," added the police.

The man will be charged in court on Wednesday (Nov 11) with voluntarily causing hurt by dangerous weapon.

If convicted, the man is liable for a fine, a jail term not exceeding seven years, caning or any combination of such punishments.

The police said in the statement that they have zero tolerance towards such brazen acts of violence which threatens the safety of public servants who are carrying out their duties.

"We will not hesitate to take action against those who blatantly disregard the law," added the police.