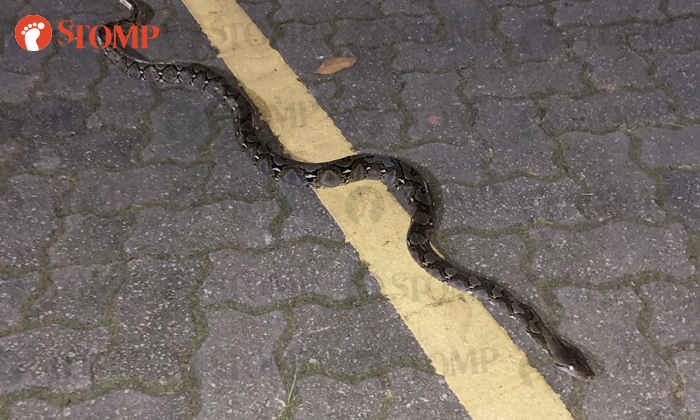 Stomper Concerned spotted a snake while practising qigong at Lower Seletar Reservoir Park in the early hours of Tuesday (Sep 3).

Concerned, who said the snake was as long as the width of the park's footpath, estimated it to be at least 150cm in length.

However, he did not inform the authorities as it was 5.30am and deemed it too early.

The Stomper, who participates in qigong classes at the park every morning, added: "I hope the snake can be relocated as there are two children's playgrounds in the park.

"This is my second time seeing a snake here."