Can you spot what's lurking among the greenery at Bishan-Ang Mo Kio Park? 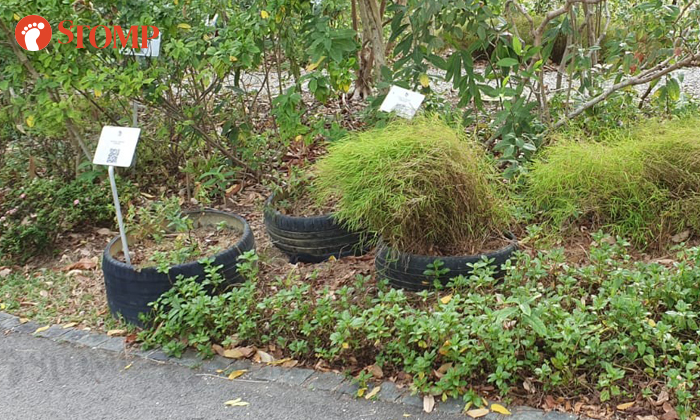 Animals are known to be masters of camouflage so as to blend in with their surroundings, whether it is to hunt for prey or hide from predators.

Stomper Leon was jogging at Bishan-Ang Mo Kio Park last Thursday (Aug 29) at around 8.45am, when he spotted one such creature: A black spitting cobra lurking among the grass.

Photos and videos that he took also show the reptile slithering on the ground and around some black pots of plants.

Leon said: "I had finished jogging and was walking past the butterfly habitat area when I heard some watery sounds. That's when I saw the snake.

"I called NParks but was told that it's an open space and the snake would return to its habitat in the park, so no one was sent down.

"I hope the public will take note when they are exercising in areas where there are relatively tall grass bushes near canals."

It was his first time seeing a snake in the park, added Leon.

Can't spot the cobra in the photo above? Check out the gallery for close-up images.