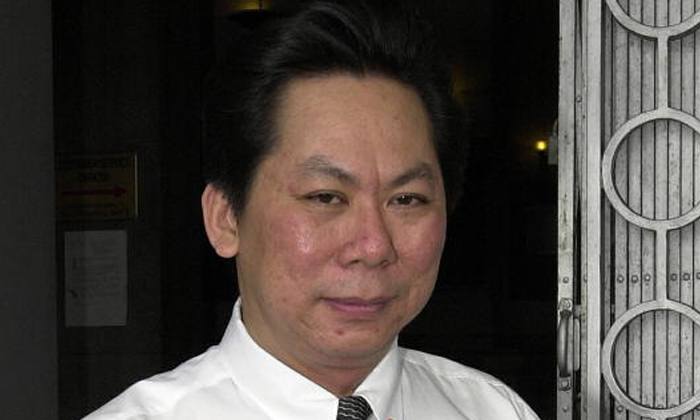 A controversial lawyer who went on a "demeaning" line of questioning of a molestation victim, including staring at her breasts, was suspended for the maximum of five years on Wednesday (May 2) for professional misconduct.

The Court of Three Judges, the highest disciplinary body for the legal profession, had harsh words for Mr Edmund Wong Sin Yee's "disgraceful" conduct and his "irrelevant and wholly impermissible" line of questioning, which Chief Justice Sundaresh Menon noted had the purpose of humiliating the victim.

To this day, Mr Wong, who was not present in court, maintains he had not done anything wrong, which the court said weighed against him.

"It is extremely difficult to reform one who does not appreciate the error of his ways," said the Chief Justice.

Mr Wong, who runs his own firm S Y Wong Law Chambers, had defended a 24-year-old student from China who was accused of brushing his forearm against the breast of a 22-year-old woman on board an MRT train in July 2014.

He then commanded her to stand up and scrutinised her chest.

The victim, feeling offended, asked if this was necessary. Mr Wong retorted that he would be asking even more insulting questions.

When the district judge intervened, Mr Wong sought to justify his line of questioning.

"So I'm trying to put my case that, you know, looking at the day (how) she was dressed and... her breast size and all these things... whether there is temptation for anybody or the accused to do such a thing," he said.

Xu Jiadong was found guilty and jailed for five months by the district judge, who dedicated six pages of his grounds of decision to Mr Wong's "unacceptable" cross-examination.

The Attorney-General's Chambers lodged a complaint with the Law Society.