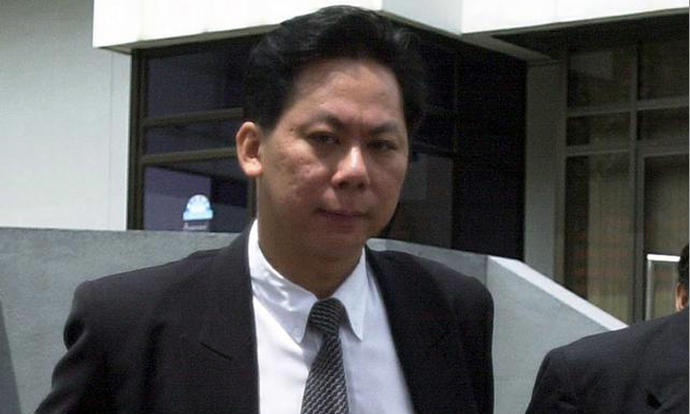 His grown-up daughter was the first to alert him when she asked: "Daddy, how come your name is in the news?"

It was the night of Aug 4, and lawyer Edmund Wong Sin Yee had his name splashed all over the Internet.

District Judge Shawn Ho had earlier rebuked Mr Wong for his conduct in court when defending a client accused of outrage of modesty.

He called the lawyer's line of questioning of the victim "misguided", and described his conduct as "indecent" and "scandalous".

Mr Wong, 58, told The New Paper in an exclusive interview over the phone on Wednesday: "My first reaction was, 'How come? Oh boy.'

"All of this has been misinterpreted, the way the press has been reporting it. When everybody reads (the newspapers), they think this lawyer is horrible, how can he do that? I myself would agree (if that were true)."

He may think that, but there is no mistaking Mr Wong's intent in trying to put the victim on trial by focusing on her attractiveness and breast size as factors that could have tempted his client to commit the offence.

His controversial remarks not only gained online infamy for being misogynist and victim-blaming, but also prompted Law Minister K. Shanmugam to post about him on Facebook last Friday.

"His case theory was that only attractive women get molested. Novel argument. They don't (as far as I know) teach that in law school", Mr Shanmugam wrote.

"I wonder what Edmund's response will be if he was told all men who say this should be castrated."

On Thursday, the Association of Women for Action and Research (Aware) announced that Mr Wong had been nominated for its annual Alamak! Awards, which are given out to Singapore's "most jaw-dropping instance of sexism".

It has not helped that Mr Wong himself has had several run-ins with the law.

Just months after passing his Bar exam, he got into a road rage incident, and was later jailed for a year and suspended from practising law for two years.

Then he was held in detention for seven years on suspicion of being a drug cartel boss.

Coming under the spotlight for the molest trial and having his "colourful antecedents" brought up again had caused him distress, Mr Wong said.

"I felt offended (that my past was brought up), but I've gone through all of that and everybody makes mistakes."

He declined to comment about his seven-year detention, but said he chose not to talk to the press after his release because he had wanted to keep a low profile.

He added: "If I'm really that bad, do you think they would have given me back my practising certificate? Of course, they did investigate.

"But my being able to return to practising, in a way, exonerates me. They had nothing (on me).

"I decided to come back to law, and just want to stay humble and make a living."

In November last year, the Attorney-General made a complaint with the Law Society against Mr Wong for improper conduct and practice, including using an expletive and making inappropriate remarks while a prosecution witness was testifying during a trial.

Days after the Law Society disciplinary tribunal fined him $3,000 for that case, Mr Wong was hit by the complaint on Aug 8 over his conduct in the molest trial.

Mr Wong said that at 58 years of age, he is tired of dealing with all the backlash.

"I never expected things to turn out this way. I thought they were minor things. People have committed far worse crimes than me."

Asked about his conduct in court, he said: "My job is to defend my client, and in doing so, I might have crossed the line. The judge can always reprimand me. In fact, he did stop me and I stopped."

"I still have to survive, keep my head up. I do my best for my clients, I fight whatever I can score for my client. I'm not doing something dishonest," he said.

"But after all this, I think I will be more reserved from now on."

He denies staring at molest victim's breasts in court

Xu, a 24-year-old student from China, had been accused of brushing his forearm against the breast of a 22-year-old woman on a train at Toa Payoh MRT station on July 9, 2014.

Xu was jailed for five months for outrage of modesty.

The grounds of decision mentioned in detail an incident during the trial when Mr Wong asked the victim to stand up on the witness stand.

When Judge Ho asked why he had done that, Mr Wong said: "Your Honour, I want to see... how attractive (she is) when (she) stands up..."

This prompted the victim to ask: "Is this necessary?" before adding: "I feel very offended."

Mr Wong said in response: "I think it's important because I'm going to ask you even more insulting questions later on."

When Deputy Public Prosecutor (DPP) Kong Kuek Foo asked Mr Wong if it was his case that only attractive women would get molested, he said: "If you get an old lady, you think people want to molest her?

"...I want to show that if she is wearing a very low-cut (top) with a very voluptuous breast protruding out... then of course... the higher the tendency that people might commit such an offence.

Mr Wong told The New Paper that while he did not dispute the verbal exchange in court, he wanted to give it context and tell his side of the story.

"The conversation was only meant to be between the judge, DPP and me. It was not directed at her (the victim)," he said.

"Unfortunately, it was in open court and the victim could hear it. At no point of time did I ask the girl any questions about her appearance and other unpleasant things."

Asked why he told the victim he had more insulting questions for her, Mr Wong said he meant that he would be asking questions she might disagree with, not personal questions or those about her physical appearance.

"She accused my client of molest, but my client's stand is it was accidental. So that could be insulting to her," he said.

The Attorney-General's Chambers has filed a disciplinary complaint with the Law Society against Mr Wong, noting that his conduct during the molest trial had fallen "far short of the standards of professional conduct and represents a flagrant abuse of the function of the advocate and solicitor".

He compares himself to Subhas

Lawyers who got into trouble with the law have been allowed to return to practise law.

The most famous example was the late Subhas Anandan, who was called to the Bar in 1971.

In 1976, he was arrested for his alleged involvement in a secret society. Like Mr Edmund Wong Sin Yee, he was detained without trial under the Criminal Law (Temporary Provisions) Act (CLTPA).

Mr Wong told The New Paper: "We have two things in common - we were both detained under the CLTPA, and we are both famous. Just that he's famous while I'm infamous."

Nonetheless, questions have surfaced over how Mr Wong was allowed to practise law despite being in trouble with the law and his conduct in court.

If found guilty of professional misconduct, the sanction may be a warning, reprimand, fine or a referral to the Court of Three Judges, where the sanction may extend to suspension or being struck off the rolls.

A Law Society spokesman explained that practising certificates authorising an advocate and solicitor to practise in Singapore are issued by the Supreme Court Registrar.

Under prescribed circumstances, the Attorney-General and the Council of the Law Society can request the Registrar to refuse applications or to impose conditions attached to the practising certificate.

These include circumstances where the lawyer might have been sentenced to jail, or been convicted of an offence involving dishonesty or fraud, or any offence in relation to his conduct in his practice of law.

Lawyers contacted by TNP declined to comment specifically on Mr Wong, but suggested that he might have been allowed back to the Bar because he had been "punished" for his previous wrongdoings.