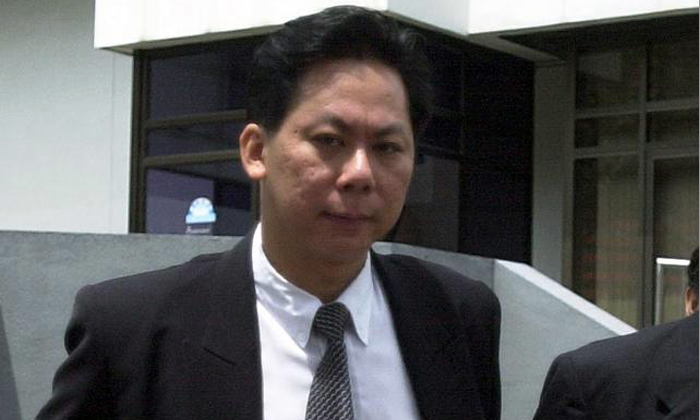 The Attorney-General's Chambers (AGC) has filed a disciplinary complaint to the Law Society against lawyer Edmund Wong Sin Yee who was rapped by a judge last week for focusing on the breast size of a molest victim.

In a statement, AGC said that Mr Wong's conduct falls "far short of the standards of professional conduct to be expected from an advocate and solicitor".

AGC added that his conduct represents a "flagrant abuse of the function of the advocate and solicitor".

Mr Wong, who is in his late 50s and runs his own firm S. Y. Wong Law Chambers, had been defending Xu Jiadong, a 24-year-old student from China. Xu was eventually found guilty of brushing his forearm against the breast of a 22-year-old woman in a train at Toa Payoh MRT station on July 9 two years ago.

AGC noted that Mr Wong had asked the victim to stand up so as to assess her "attractiveness". And when the victim protested the offensiveness of his conduct, Mr Wong had replied that he intended to ask "even more insulting question later on".

He had also suggested to the court that he would have to know the victim's "breast size" and whether the victim had been wearing attire which was "very low cut with a (sic) very voluptuous breast protruding out" on the day of the incident.

AGC said the implication of such lines of questioning bear broader repercussions on public confidence in the criminal legal process.

It also noted that District Judge Shawn Ho had described Mr Wong's conduct as "indecent", "scandalous", apparently "intended to insult or annoy the victim", and "lamentable".

Mr Wong has a history of offences.

In August 1992, he punched a nurse at the Singapore National Eye Centre and insulted the modesty of a woman working at the clinic.

A few months after being called to the Bar, he hit a motorist in the mouth with his mobile phone, for which he eventually got a year in jail.

In July 2003, he was suspended from practice for two years over the road rage conviction.

Just on Saturday, Mr Wong was ordered by a disciplinary tribunal to pay $3,000 for improper conduct in using expletives in a separate trial.

The tribunal, comprising Senior Counsel Edwin Tong and lawyer Pradeep Pillai, set a $1,000 penalty for one charge and $2,000 for using an expletive in the second charge. He was also ordered to pay the Law Society $6,500 in costs.

"The use of expletives by counsel during proceedings cannot be condoned," said the tribunal in its report.

The offensive remarks were made at a criminal trial last September. When DPP Houston Tian Jin Johannus asked a witness to recount the sexual acts she had performed on a customer, Mr Wong muttered to the DPP to ask her "whether shiok (enjoyable) or not".

Two days later, while another defence lawyer was cross-examining the same woman, Mr Wong uttered an expletive in response to the witness' reply. It was heard by DPP Johannus and DPP Rachel Lee.