Last suspect of Chinatown rioting case arrested, along with man who harboured him 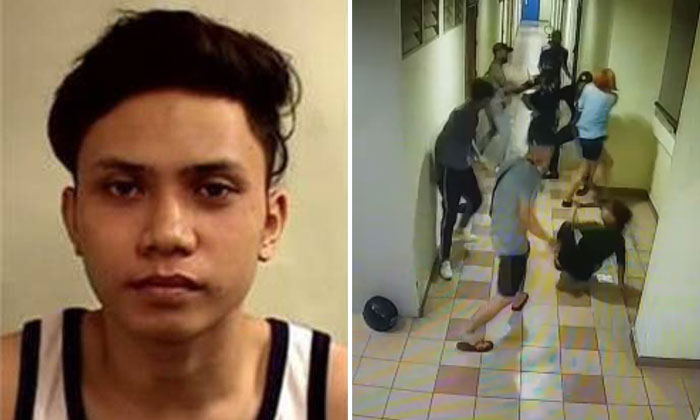 The final suspect involved in a case of rioting at People's Park Centre in Chinatown on May 10 has been arrested, the police said on Tuesday (May 19).

Muhammad Syukri Muhammad Iskandar, 22, was arrested on Monday. He is the 14th person nabbed for the incident.

He will be charged in court on Wednesday for rioting while armed with deadly weapons, and will be remanded at Central Police Division for further investigation.

The offence is punishable under Section 148 of the Penal Code, with a jail term of up to 10 years and caning.

A 45-year-old man was also arrested on Tuesday for harbouring him. Police investigations are ongoing.

"The Police would like to remind the public that harbouring fugitives is a serious offence punishable with imprisonment and fine," the police said in a press statement.

Both men will also be investigated for breaching safe distancing measures under the Covid-19 (Temporary Measures) (Control Order) Regulations 2020.

The incident took place on the 16th storey of Block 101 Upper Cross Street, People's Park Centre, at about 3.30am on May 10.

Three people were arrested at the scene, while the others were caught after a manhunt.

A police spokesman told The Straits Times last week that preliminary investigations found the brawl took place following a dispute over a woman.

The minute-long footage of the early morning fight was captured on closed-circuit television, and widely shared on social media and WhatsApp group chats.