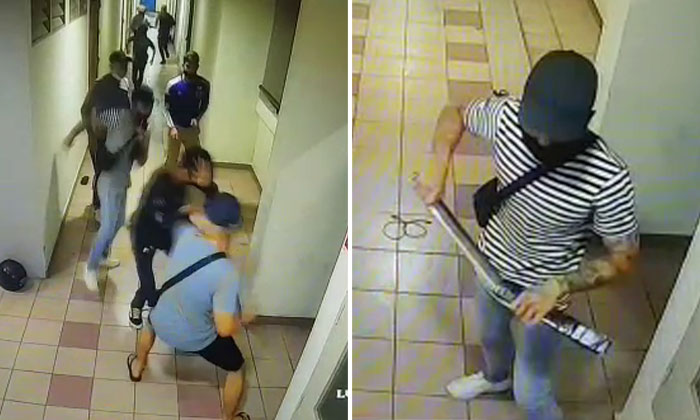 A 19-year-old man was taken to hospital after a case of rioting involving parangs at Upper Cross Street in Chinatown in the early hours of Sunday morning (May 10).

Three people have been arrested in relation to the case and a police manhunt for the others involved is ongoing.

In the video, one group is seen loitering and seemingly waiting for something when the other group runs at them with parangs and helmets.

A couple of them are seen repeatedly slashing one of the youths with their weapons before fleeing the scene.

In response to a Stomp query, the police said they were alerted to a case of rioting with dangerous weapons along Upper Cross Street at 3.30am.

"Three persons have been arrested at the scene and a manhunt operation is currently underway to arrest the other people involved in the rioting case."