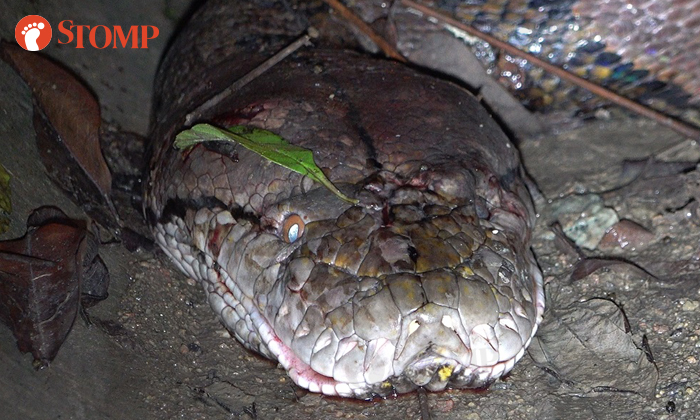 The National Parks Board (NParks) is looking into an incident in which a large python was found dead along Old Upper Thomson Road.

Stomper Christian Bassett had earlier shared how he discovered the snake's carcass on Wednesday (Oct 28), just four days after he saw it alive and well. 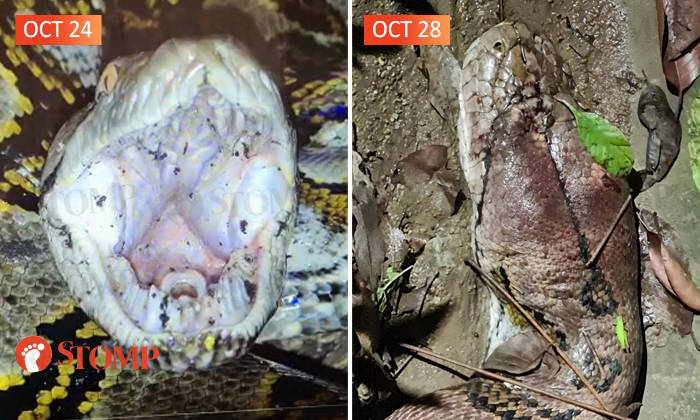 The python, which measured over four metres long, had injuries on its head and body. It is believed to have died from human abuse.

Stomper John, who also alerted Stomp to the incident, said: "Its head was smashed and its body was left to rot."

The Animal Concerns Research & Education Society (Acres) is seeking information and eyewitnesses to the incident.

In response to queries by Stomp, Ms Sharon Chan, Director of Central Nature Reserve at NParks, said the agency is aware and looking into the case.

Ms Chan added: "The reticulated python is native to Singapore. They are non-venomous and are generally shy creatures which will try to slither away from humans. Snakes usually will not attack unless they are disturbed or provoked."

Members of the public who encounter a live snake are advised to keep calm and observe it from a safe distance. Do not approach it or attempt to catch it.

For more information on what to do when you see a snake, check out NParks' advisory.