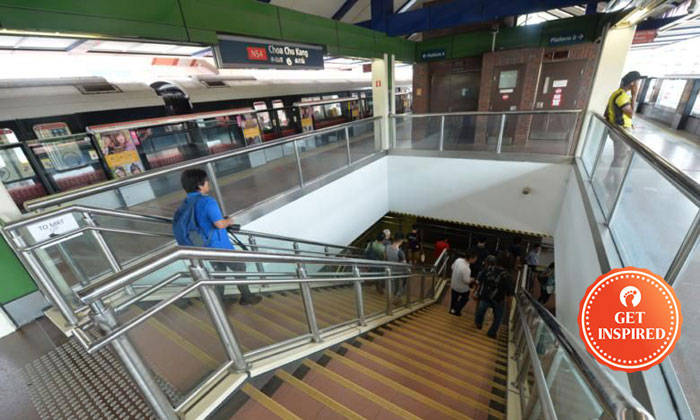 Stomper Mr Ng was touched by the kindness of SMRT staff at Choa Chu Kang MRT Station who came to the aid of his son who fainted while waiting for a train at the station's platform on Monday morning (Nov 19).

Mr Ng said that his 18-year-old son was making his way to school at ITE College West when he felt faint.

"I know he had taken cough medicine the night before," he told Stomp.

"He was going on an empty stomach and I think it caused him to feel unwell."

Mr Ng wants to express his gratitude to Mr Miajid and Mr Kelvin who had approached his son and brought him to a restroom.

"Mr Miajid called me to inform me that my son was not feeling well," he said.

"After speaking to my son, I was told that the staff served him some biscuits and a hot drink.

"When my son felt better, both Mr Miajid and Mr Kelvin accompanied my son to the platform before he took the train and continued to school.

"I sincerely thank both of them for their help and kindness."