Kind man gives auntie $50 on CNY and tells her to stop working: "Seeing her smile made me happy" 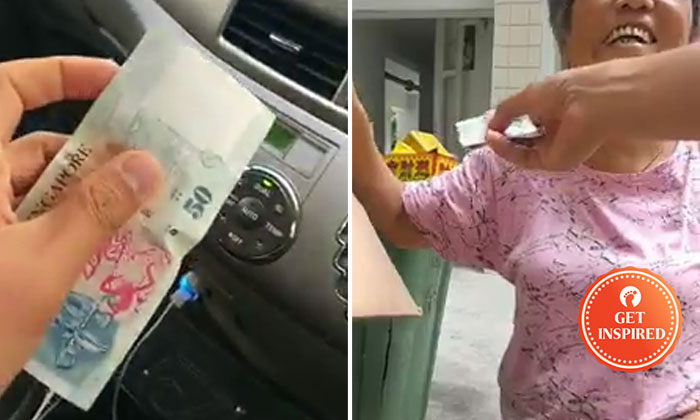 While many Singaporean families gathered and ate together over the Chinese New Year weekend, an elderly woman was seen rummaging through items at a rubbish disposal area in Woodlands on Saturday (Jan 25).

Facebook user Fai Bani was touched to see the woman working hard at Block 794 Woodlands Drive 72 on the first day of the Lunar New Year and decided to give her some angbao money.

A video he posted online of his kind deed resonated with netizens and has since garnered over 200,000 views.

When Stomp reached out to Fai, he said that he took the video to encourage others to be kind as well.

He had visited his parents on Saturday for lunch and to spend time with them.

When he returned to his car, he saw the woman squatting next to a rubbish bin at the foot of the block. 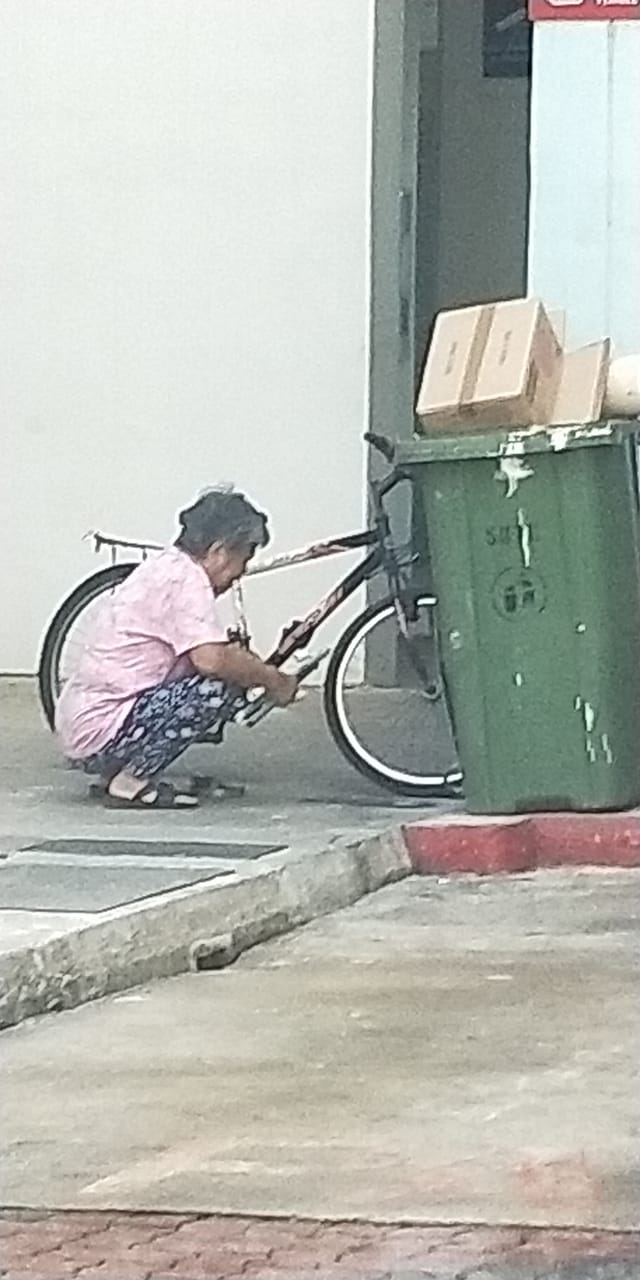 "She caught my attention immediately," he said.

"She was collecting recyclables and it touched my heart to see an old lady doing this on the first day of Chinese New Year when she should be celebrating with her family.

"However, I have the perception that maybe she wanted to take the opportunity to earn more money for herself and/or her family.

"Nevertheless, out of sincerity, I pulled out $50 from my wallet and went up to her to give her the money.

"At the same time, I shot a video to encourage kindness in our daily lives regardless or race or religion.

"I told the auntie not to work that day and to go home and celebrate Chinese New Year with her family.

"At first, she hesitated but I insisted on giving her the money as maybe it was her first angbao of the day.

"Seeing her smile made me happy as I felt satisfied that I had made her day.

"Kindness is when you make someone happy even with a little gesture of sincerity," he said.

"Let us be kind towards everyone, regardless of who they are."

Facebook users have commended Fai's actions and praised him for setting a good example. 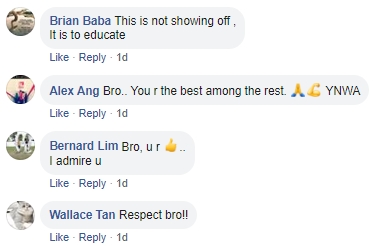 Related Stories
Certis security officer who helped blind man in Bugis: 'Safety is important, but so are people'
Passenger to Grab hero who returned her valuables: 'Thank you for keeping my faith in humanity'
Workers carry elderly man in wheelchair to bus stop in Marine Parade: "Two thumbs up!"
More About:
inspiring
kind
Generous
Chinese New Year
CNY
elderly
money