Passenger to Grab hero who returned her valuables: 'Thank you for keeping my faith in humanity' 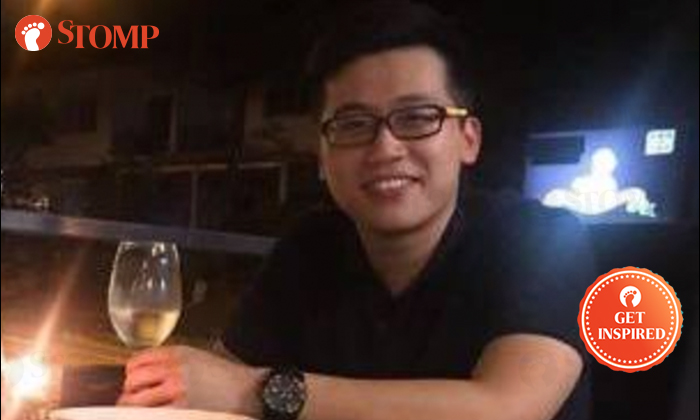 Remember that feeling in the pit of your stomach when you realise that you've misplaced your wallet?

That's what Stomper Khadijah felt when she found out that she had lost her sling bag that contained all her valuables.

She took a Grab towards Bugis MRT station at about 5.30pm on Jan 18 and headed to perform at the Aliwal Urban Art Festival.

When the show ended at about 11.30pm, she and her friend headed to Bugis MRT station.

Just as she was about to get her wallet out, she realised that it wasn't in a plastic bag she was carrying.

The panic ensued. Her debit/credit cards, IC, EZ-link card and some cash were in the wallet.

Khadijah and her friend returned to the Aliwal Urban Art Festival, hoping that she had left her sling bag there but upon their arrival, they saw that everything had been cleared.

Her heart dropped and she felt that sinking feeling that her valuables were gone for good.

Although she had left her contact details with a security guard there, she said: "To be honest, I had no hope already."

"I felt horrible because I have an appointment with the Immigration & Checkpoints Authority on Jan 23. Without an IC, I had to file a police report and it was freaking me out."

She blocked all her debit and credit cards when she was on the way home.

"I reached home at about 2am, feeling completely devastated," said Khadijah.

"I entered my house and was checking my phone when I saw a message on Facebook from a very old friend who I haven't spoken to in years.

"My friend asked me where I had forgotten my sling bag. I was shocked and wondered how in the world did he know.

"He further explained that someone reached out to him on Facebook about my sling bag.

"I then noticed messages and a friend request from Lee Yan Lin. I also had some missed calls and messages from someone called Derek Er. They've been trying to reach me since 6.58pm."

That was the moment when Khadijah realised she had left the sling bag in the Grab car she took to Bugis MRT station in the afternoon.

When Stomp spoke to Derek, he said: "I only realised Khadijah had left her bag in my car when my next passenger boarded and told me that there was a bag behind my seat.

"After this passenger alighted, I went through the bag to see if there was find any form of contact but I had no luck.

"I found her IC and tried searching for her on social media but I didn't get any reply, so I asked my girlfriend to help."

Khadijah told Stomp: "I can't explain the feeling of how relieved I was. I didn't even realise that I had misplaced my sling bag until almost five hours later.

"I previously left my phone in a car when I was in Malaysia and never got it back but I'm lucky this time.

"Derek came to drop my bag at my house at 2.30pm on Jan 19. It has given me so much hope that good people still exist in today's world.

"I can't thank him enough for going out of his way to do this extremely kind gesture. He took the initiative to come all the way to my house when he could've asked me to collect it from somewhere.

"Derek, thank you for keeping my faith in humanity and thank you for reaching out to me as soon as you did. You've no idea how much trouble you have saved me from and I hope everyone can be like you.

"I just want Derek to be recognised for his kindness and great gesture!

"Grab should have a special rating system for drivers who return lost items to passengers to show how responsible they are!

"I'd like to thank all Grab heroes who drive us safely to our destinations and those who have helped return a lost item to its owner."