Certis security officer who helped blind man in Bugis: 'Safety is important, but so are people' 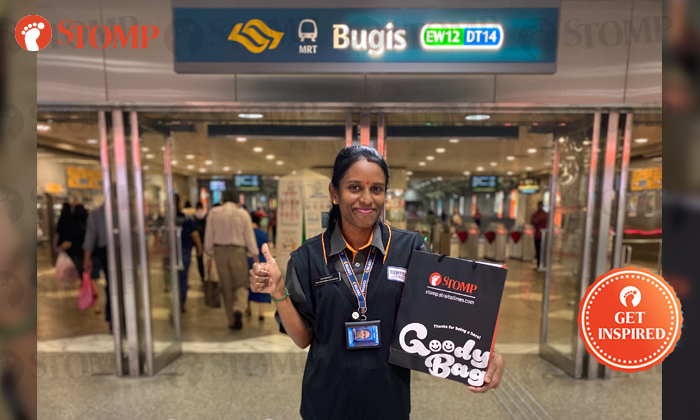 Work as a security officer at MRT stations islandwide is more than just about conducting patrols and bag checks or responding to emergencies.

For Sathiawaty Nadaraja, 36, it also involves communicating and interacting with commuters as well as going the distance to help them -- all of which she greatly enjoys.

The admirable security officer from Certis Protection Services made headlines on Stomp after she was seen assisting a blind man at Bugis MRT Station on Dec 27 last year. 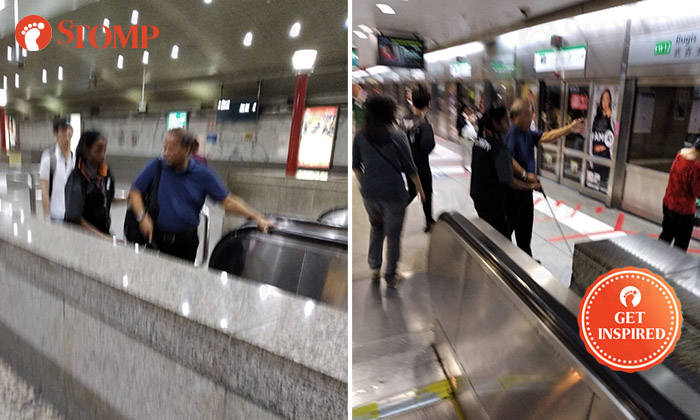 Stomper A shared photos of the heartwarming sight and lauded Ms Sathiawaty for going beyond the call of duty to help the man, who had a walking stick with him.

Ms Sathiawaty, who has been in her current role for seven months, said that she was "so surprised" when she learnt of the Stomp article.

In an interview on Wednesday (Jan 22), she recounted: "Bugis is normally crowded and I was monitoring passengers at the MRT station when I noticed the blind man with his stick.

"I approached him and he asked me who I was. After identifying myself as a security officer at the MRT station, I asked how I could help him and where he wanted to go."

The man told Ms Sathiawaty that he was going to Jurong East and asked if she could bring him to the escalator.

Worried that he would get injured or lost, Ms Sathiawaty decided to do more than just that: She accompanied him all the way from the gantry, down the escalator and to the train platform.

The man was extremely grateful and thanked Ms Sathiawaty profusely.

Encounters like this are not uncommon for Ms Sathiawaty, who said that helping people is part of the job.

She added: "I think it's a natural instinct for everyone to be willing to help each other. Safety first, but passengers are equally important. I have to ensure both their and the place's safety."

The mother of two also shared how her supervisor congratulated her over the Stomp article, while her family was thrilled.

"I don't know who Stomper A, but I would like to thank him. I really appreciate him taking the time to do what he did," said Ms Sathiawaty.

"I would also like to thank Certis for all the training and guidance they have given me."

A Certis spokesman told Stomp: "We are proud of Sathiawaty for going the extra mile to ensure the safety of the commuter. Her action is exemplary of Certis' core value of staying customer-focused in the work we do."