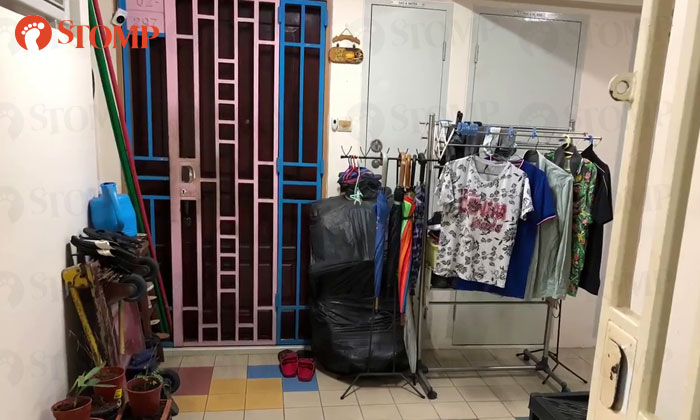 Stomper Shimul has reached his wits' end regarding a neighbour at Block 677B Jurong West Street 64.

He told Stomp that his neighbour has been cluttering the common corridor, making it difficult for other residents to get past since he moved into his unit in 2011.

He shared with Stomp a video that compiled photos he had taken of the clutter.

He said that the photos were taken about two weeks ago.

"It actually used to be worse last time," he said.

"But it is still quite bad now.

"Apart from miscellaneous items, they also put out dirty clothes like smelly socks and old shoes."

He told Stomp that his neighbour doesn't talk to him so he has confronted the family about it.

He added that he has since reported the matter to the town council.

Stomp has reached out to the town council for more information.