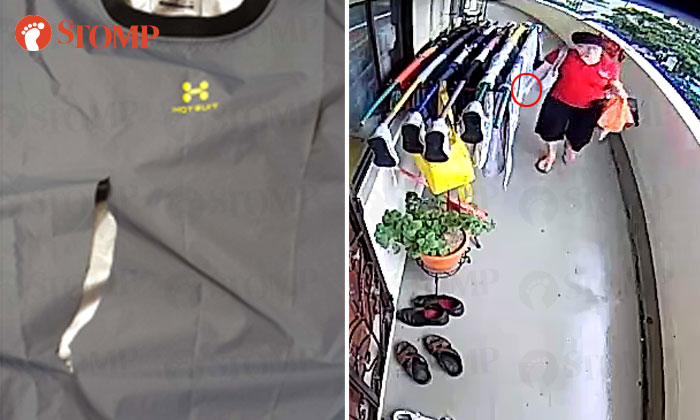 The Alqadi family are at a loss after finding items of laundry hanging outside their unit slashed on several occasions.

Stomper Yanny, 53, and her 49-year-old husband Mohammad told Stomp that these "slashing" incidents have been happening outside their unit at Block 105 Henderson Crescent since November last year.

"The first time, we found our laundry and kids' bicycle tyres slashed after coming back from holiday," she said.

"After that, we were advised to apply to install a CCTV camera outside our home," she said.

The couple soon discovered that their own neighbour was allegedly behind the damage after reviewing the CCTV footage on two separate occasions.

In both videos, the woman is seen sweeping the Alqadis laundry with her hand as she walks past.

In the latest incident, she can be seen holding an object in her right hand.

Yanny told Stomp she believes the woman was holding a penknife that she keeps in her purse. 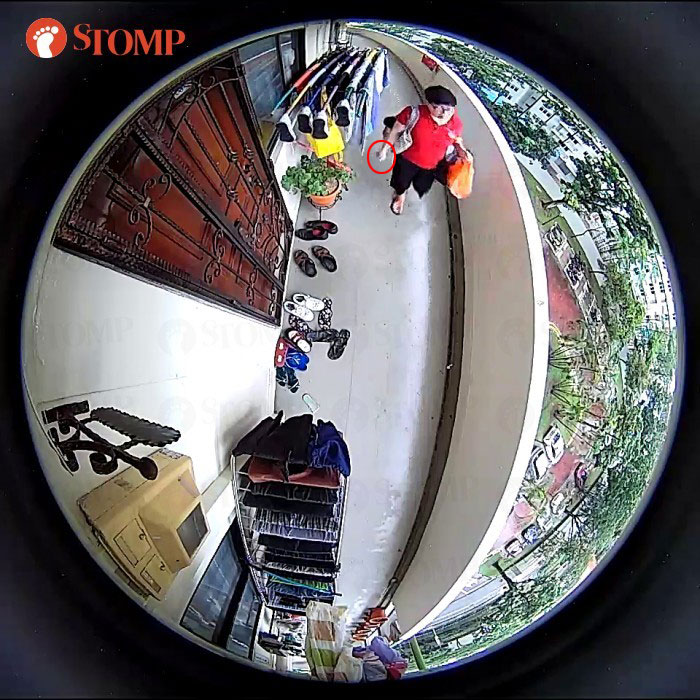 "I was shocked when we found out it was our own neighbour who was doing this," said Yanny.

"Even though she has never acknowledged me in my seven years living here, I did not expect this of her."

Yanny told Stomp that she has always been friendly to her neighbours and has not faced any problems with anyone else.

"I used to leave my door open and gate unlocked," said Yanny.

She said that she worries for the safety of her four children, aged 9 to 16. 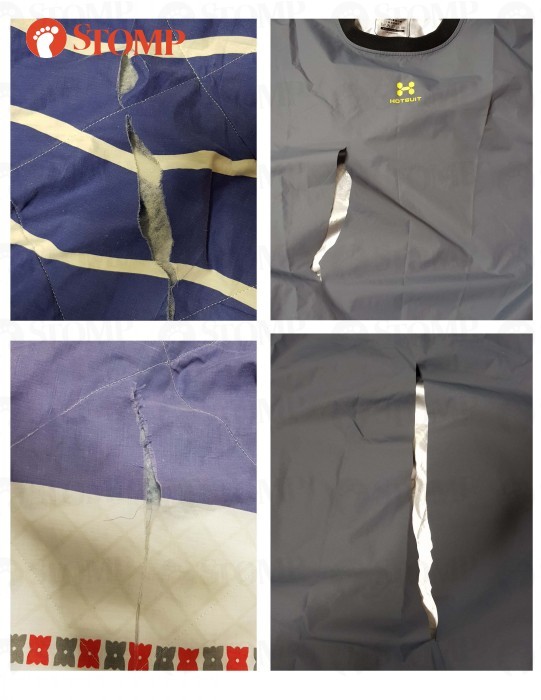 Items belonging to the Alqadi family that have been slashed.

The Stomper added that she does not recall doing anything to spark this behaviour from her neighbour.

"If she thinks that we are obstructing the corridor, we always make sure there is enough space for people to pass through," she said.

"One time, the Singapore Civil Defence Force (SCDF) carried a woman past on a gurney and it could pass through fine."

Yanny said that the recent spate of events have caused her husband, who is currently undergoing cancer treatment, great stress.

"He was diagnosed with multiple myeloma in September and since then, has been receiving chemotherapy every Friday," she said.

"He goes through tremendous pain and even then he worries about checking his phone to review the CCTV footage and make sure our children and home are safe."

Yanny told Stomp she wanted to make others aware of this and has since made another police report.

Unable to take it anymore, the family is packing up to move out of their home in November.

"I'm aware these things can happen but did not think our nearby neighbour could be doing this to us," Yanny said.

"It is so vindictive.

"I always tell my children if someone does something bad to you, don't do that back because if you do, you are worse."