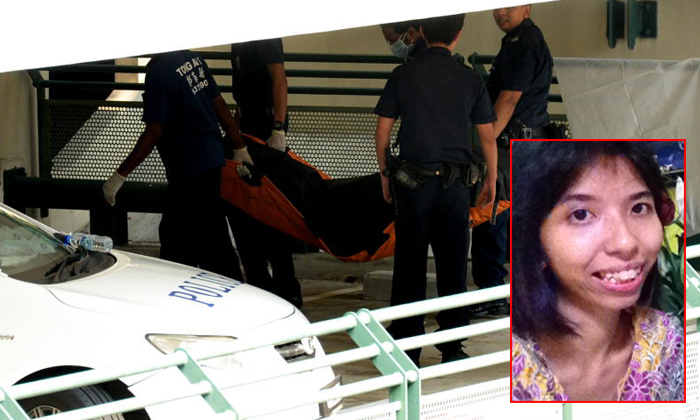 A 28-year-old man on Tuesday (May 21) admitted in court that he had thrown his friend from a multi-storey carpark after a dispute over a phone she had lent him.

Syed Maffi Hasan was convicted of murder after he said he had lifted part-time waitress Atika Dolkifli, 23, and thrown her over the parapet of Deck 5A at a carpark in Toa Payoh Lorong 2 on the night of Aug 31, 2015.

He will be sentenced at a later date. He faces the death penalty or life imprisonment for committing murder with the intention of causing bodily injury that was likely to cause death.

Ms Atika's decomposed body was found three days later on Sept 3, on the landing of Deck 3A.

The High Court heard that the two got to know each other on Facebook in 2013 and reconnected in April 2015.

Ms Atika lent Syed Maffi, who was jobless, her spare phone in May 2015 as he did not have one.

The iPhone 5C later became faulty and he spent about $125 on repairs. But he lied to her about the cost and sought reimbursement of $300.

He turned up at her workplace many times, and also went to her home but was turned away by her father.

Her older brother told Syed Maffi to keep the phone and warned him not to contact Ms Atika again.

However, on Aug 31, 2015, Syed Maffi arranged to meet Ms Atika after her shift ended.

Surveillance footage showed them entering the carpark together at about 9.50pm, and Syed Maffi leaving alone with her handbag at about 10.30pm.

He admitted in court that they had argued over the cost of the phone repair at the top deck of the carpark.

During the argument, he pushed Ms Atika, causing her to fall and hit the back of her head on a flight of stairs. He then dragged the semi-conscious woman down the remaining steps, grabbed her by her clothes and threw her over the parapet.

He also took her phone and left her handbag inside a drain in Toa Payoh Lorong 1.

Ms Atika's father on Sept 1 lodged a police report that she was missing.

The next day, Syed Maffi lied to Ms Atika's brother that he last saw her walking towards the carpark.

He later confessed to police that he had thrown her over the parapet.