Man who stabbed former air stewardess to death gets 13 years' jail: "It was a toxic relationship" 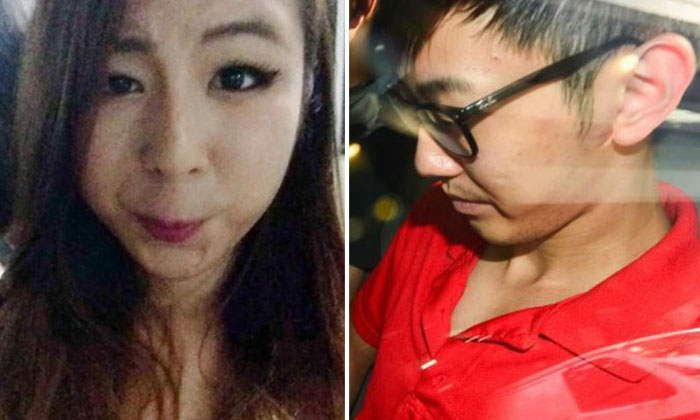 A man was sentenced to 13 years' jail on Monday (Nov 12) for killing his ex-girlfriend during an argument.

According to The Straits Times, the incident, which occurred on Nov 26, 2015, saw Neo Chun Zheng, 29, stab former air stewardess, Ms Soh Yuan Lin, 23 in the neck with a 10cm folding knife, killing her.

Pleading guilty to a charge of culpable homicide in October last year, he has since expressed remorse for his actions, telling the High Court of his "eternal regret" and sending a letter of apology to Ms Soh's family, which they had rejected.

"I am very very sorry for causing you such tremendous grief, sorrow and suffering," he said.

"I can only hope that some day, you may find it in your heart to forgive me."

His lawyer, Ms Tan Jun Yin, claimed that he felt immediate remorse ,and asked for a term of no more than 10 years.

However, Deputy Public Prosecutor Wong Kok Weng sought 15 years' jail, arguing that Neo had killed her as an act of revenge as he could not have her to himself.

Judicial Commissioner Pang Khang Chau eventually sentenced him 13 years' jail, after comparing the facts of the case to precedent cases submitted by the prosecution and defence, and concluded that there was enough evidence to prove that he was remorseful.

A dispute over psychiatric opinion called for a hearing, where the court later concluded that Neo was not suffering from any mental disorder when he stabbed her.

Neo and Ms Soh began dating after meeting at Marina Bay Sands casino in April 2014, where they both worked as customer relations executives.

Despite agreeing to make their relationship an open one, Neo felt possessive over her and would feel like she was cheating on him when he found out that she was seeing other men.

In March 2015, after finding out that she had been intimate with one of her colleagues, he circulated compromising photos of them together.

Similarly, in September that year, Neo argued with Ms Soh after discovering that she was texting someone she had kissed in a club.

Ms Soh decided to break up with him as she felt that he was being too possessive. She explained to him that she wanted to stay single.

However, Neo later found out that she had gone back on her word and was using the Tinder dating app. He told a friend that he had thoughts about using acid to disfigure her.

Telling Ms Soh about how she made him feel hurt, Neo demanded that she make it up to him by buying him meals and going out with him.

This continued until Nov 25, 2015, when Ms Soh rejected his request of a movie date with him. He texted and called her multiple times until she relented the next evening and bought dinner for him.

When she arrived at Neo's flat to deliver his dinner, they started quarrelling along the common corridor. Neo's mother, Madam Ng Lian Kee, who was present at the time, told him to let her leave.

However, Neo snatched Ms Soh's phone from her and hid it in his flat, and grabbing a folding knife from his room, which he hid behind his back, he confronted her again.

Upon seeing the folding knife, Madam Ng tried to wrestle the knife out of his grip. Her efforts were to no avail as Neo pushed her to the floor and stabbed Ms Soh in the neck.

Ms Soh succumbed to her injuries in the hospital three hours later.

"I have completely failed her and I can never forgive myself for all that had happened. It was a toxic relationship but this would not take away my love for her," Neo said, reading a note before he was sentenced.

"I miss Yuan Lin dearly and I will always love her with all my heart each and every day."