Jail for man who stole $52,200 from eczema-stricken GF while he stayed at her home 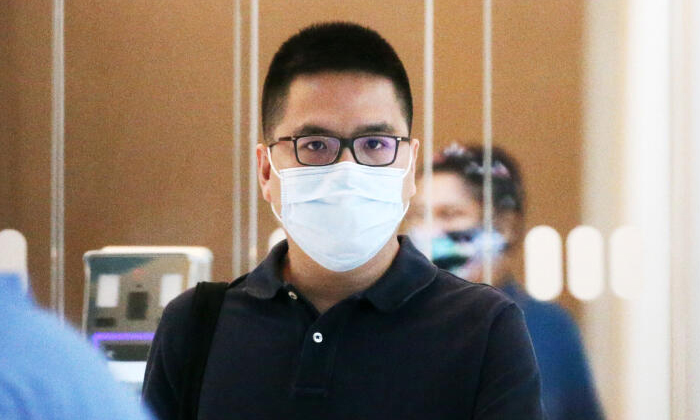 He stole $52,200 from his girlfriend's savings in 2015 while he looked after her in her home as she suffered from severe eczema.

Following a trial that started in 2019, Marcus Kong Wei Keong, 35, was on Wednesday (May 11) sentenced to 17 months and eight weeks' jail.

He was earlier convicted of multiple offences that include theft, making unauthorised bank transfers and lying to a police officer during investigations. The judge delayed the start of Kong’s jail term to May 26 for him to consider an appeal.

According to his lawyer, Ms Carol Yuen, Kong is unemployed because of his involvement in this case.

The court heard that Kong stayed at the home of his then girlfriend in May 2015 to February 2016 to look after her. Her age and occupation were not mentioned in court documents.

The defence and prosecution both agreed that between June and August 2015, Kong made cash withdrawals and online fund transfers from her accounts.

Deputy Public Prosecutor Edwin Soh had stated in court documents: "The key issue before this court is therefore whether these cash withdrawals and online fund transfers were made with the knowledge and consent of (his girlfriend)."

DPP Soh also said in his submissions that Kong stole various ATM and credit cards to make unauthorised transactions amounting to $52,200 from her accounts without her consent. He also lied to the police to cover his tracks, DPP Soh added.

Kong spent $2,110 on items for her, such as skin cream and medical treatment, but Kong did this with dishonest intent to impress her so she would not chase him out of her home, said the DPP.

There was no agreement for Kong to pay her rent, said DPP Soh, adding that Kong had less than $10 in his bank account then and admitted to facing financial difficulty.

The court heard that she found out about the withdrawals in August 2015 when her Citibank credit card was rejected as she tried to pay for a product online, prompting her to report the issue to the police.

The DPP also said that Kong claimed that she allowed him to take charge of her finances and allowed him to use her credit cards - a claim which she denied.

DPP Soh, who sought a jail term of 21 months for Kong, told the court: "If (she) had really allowed (Kong) to use her credit cards, she would have known that it was (Kong) who had made the cash advances using her (cards).

"There would not have been a need for her to make a police report."

The DPP also noted that Kong’s family members helped to make more than $11,000 in restitution to the victim, adding that this was evident that Kong knew he had misused the money.

Ms Yuen said in mitigation that Kong committed the acts as a result of misplaced love for his girlfriend, who gave him access to personal items, including her phone and the one-time password for online banking three times.

The lawyer said part of the money was spent on her as Kong took care of her, buying her food and home appliances while she was sick, and helped to pay her credit card bills.

Seeking 12 months' jail for Kong, she added: "Over the course of their relationship, Mr Kong had made payments to her. While the total amount in the charges is $52,200, Mr Kong did not cause (her) to suffer a loss of that amount."

In his sentencing, District Judge Teo Guan Kee said Kong abused the trust that his then girlfriend placed in him given that he resided in her home.

The maximum punishment for each charge of theft is three years' jail and a fine.

For unauthorised fund transfers, offenders can be jailed for up to two years and fined up to $5,000.