Woman illegally withdrew over $18,000 from senior citizen's account while working as befriender 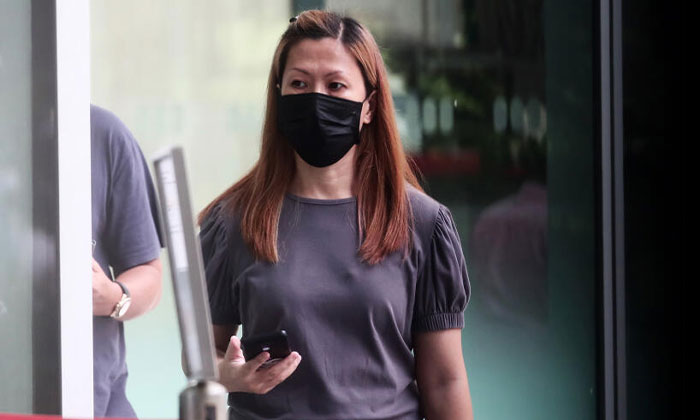 A woman who was paid to befriend senior citizens unlawfully withdrew more than $18,000 from the bank account of one of them.

Choo Lay Ping, 48, was sentenced to 10 months' jail on Tuesday (April 19) after she pleaded guilty to a cheating charge. She has made no restitution.

The court heard that social enterprise NTUC Health employed her as a befriender in mid-2019. As part of her job, she visited five senior citizens on a weekly basis.

Each visit would last 30 minutes, and NTUC Health paid her $7 per visit.

Deputy Public Prosecutor Zhou Yang said: "During the visit, she would assess and record the senior citizens' mood, the living conditions, medication management, signs of worsening conditions - such as a fall recently, loss of weight and difficulty in moving around - as well as any other requests raised or required by the senior citizens."

On Oct 9 that year, Ms Lim asked for Choo's help to buy some medicine from a pharmacy and handed her a bank card.

Choo later went to an automated teller machine (ATM) and found that Ms Lim had about $30,000 in her bank account.

She withdrew $1,000 without Ms Lim's consent and bought the medicine.

Choo then lied to Ms Lim, claiming that she had taken out $50. She gave Ms Lim the change from buying the medicine - about $20 - and kept the remaining $950.

During the visits, Choo would also read Ms Lim's letters to her. Through the letters, Choo learnt that the victim was eligible for a government payout.

Using this information, Choo hatched a plan to cheat Ms Lim of her payout.

The DPP told the court: "On each occasion, the accused would ask the victim for her ATM card and PIN under the pretence that she would assist the victim to find out if the government payout had been credited to her bank account."

Choo would withdraw money using the victim's card from the ATMs located at Boon Lay market or at Boon Lay Shopping Centre.

After that, Choo would return the ATM card to Ms Lim and claim that the Government had not credited the money to her bank account.

Choo made 26 unauthorised withdrawals between March 3 and Sept 30 last year.

She then used her ill-gotten gains to pay for her personal expenses.

Her offence came to light when Ms Lim updated her bank book at an ATM and spotted the unauthorised withdrawals.

For cheating, Choo could have been jailed for up to 10 years and fined.