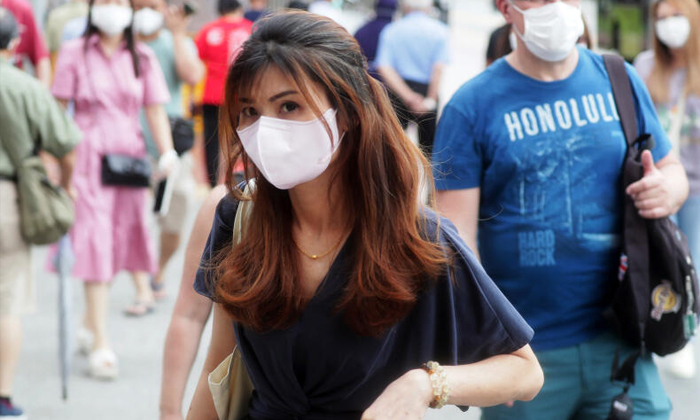 The assistant manager of Blossom Restaurant in Marina Bay Sands (MBS) collected payment reward points using a friend's membership account when customers told her they were not members of the reward system.

On Tuesday (April 12), Teo Kwee Yen, 48, pleaded guilty to one charge of unauthorised modification of the contents of a computer and was sentenced to jail for six weeks.

Another two charges were taken into consideration in the sentencing.

The court heard that in 2018, she asked her friend, Mr Choong Chin Aun, if he wanted to apply for a Sands Rewards Lifestyle account, telling him that application was free.

On 47 occasions between December 2018 and February 2019, Teo used this account to collect credited points - known as Destination Dollars - from payments made by customers of Blossom Restaurant, a Chinese restaurant.

She did so by entering Mr Choong's account number into a computer and modifying its contents despite knowing that this was unauthorised, said Deputy Public Prosecutor Nicholas Wuan.

By Feb 13, Teo had accrued some $10,070 in rewards from transactions totalling $118,500. She redeemed around $1,170 for personal expenses, such as meals at Rise, Imperial Treasure, Cut by Wolfgang Puck and Black Tap at MBS.

Suspicious, MBS staff told her manager that points were being credited to Mr Choong's rewards account on a very regular basis. The manager then discovered that Teo was behind the unauthorised transactions.

She admitted that she would use the chance to credit points to the account each time customers said they were not a member of the Sands Rewards Lifestyle.

Teo pleaded with the judge for leniency and said that she had learnt her lesson and accepted full responsibility for her actions.

In his sentencing, District Judge Marvin Bay noted that Teo had made restitution of $1,173, adding that MBS has indicated that the restaurant can make a case for the refund of the unexpended rewards.

He said Teo's acts were a "flagrant abuse" of her role, using her insider knowledge of the reward system and dealings with patrons who she knew did not have a membership with MBS to accrue points to the account for her own benefit.

Her jail term was deferred till May 12 to allow her to settle personal affairs.

Those who make unauthorised modifications of computer material can be jailed for up to three years and fined up to $10,000.

Related Stories
Jail for woman who had bust enhancement treatments after cheating 75 victims of nearly $600,000
Man, 71, gets jail for cheating CPF Board into giving him income support for over 10 years
Ex-OCBC financial consultant cheated 5 people of $170k to settle gambling debts
More About:
scam
money
MBS