Jail for forklift driver, 71, who reversed negligently and caused man, 68, to lose leg 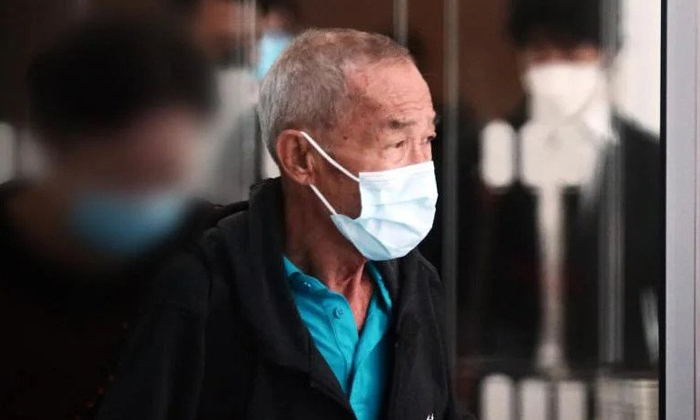 A forklift driver, 71, who failed to check his blind spots properly before reversing, ran over the legs of a man standing behind the vehicle.

The man, 68, suffered an open fracture in his right leg and had to have his lower left leg amputated.

On Thursday (May 26), a frail-looking Leow Bah Bee was jailed for nine days for causing grievous hurt to the man by acting negligently.

The court heard that the incident occurred in Jurong Port on June 22, 2020.

Leow and the victim were working with logistics firm Hoy San Stevedoring at the time.

The incident happened at about 9.35am, after Leow unloaded steel plates using a 16-tonne forklift and while the man, a part-time staff, was counting steel pipes.

The man was standing about 2.5m behind the forklift and facing away from it.

Before reversing his forklift, Leow turned his head to the left and right to check that no one was standing in the forklift's path, but failed to check his blind spots properly and look out for the victim.

Deputy Public Prosecutor Tay Zhi Jie told the court that the victim had no time to react and was hit by the reversing forklift, which then ran over his lower legs.

After hearing someone shouting, Leow stopped the forklift and then steered it clear of the victim.

The victim, who passed out once the forklift hit him, was taken to hospital, where he was found to have suffered severe mangling to his lower limbs, among other injuries.

He is filing compensation claims against his employer for his injuries.

DPP Tay urged the court to impose a jail term of two weeks noting that while Leow showed genuine remorse by visiting the victim in the hospital, the injuries suffered were severe.

Leow was represented by Ms Diana Ngiam on a pro bono basis.

She told the court that Leow had 48 years of experience operating forklifts without prior incident.

Ms Ngiam argued for a week-long jail term, noting that her client informed her that the forklift made a loud reversing sound to alert people to stay clear and the company trained its workers to keep clear of forklifts in operation.

"It is not the accused's position that he could not have done more and that's precisely why he has pleaded guilty. It was momentary negligence on his part," said the defence lawyer.

For causing grievous hurt by acting negligently and endangering human life or the safety of others, Leow could have been jailed for up to two years, or fined up to $5,000, or both.