Jail for cop who nodded off while driving police car that hit 2 students, causing fractures 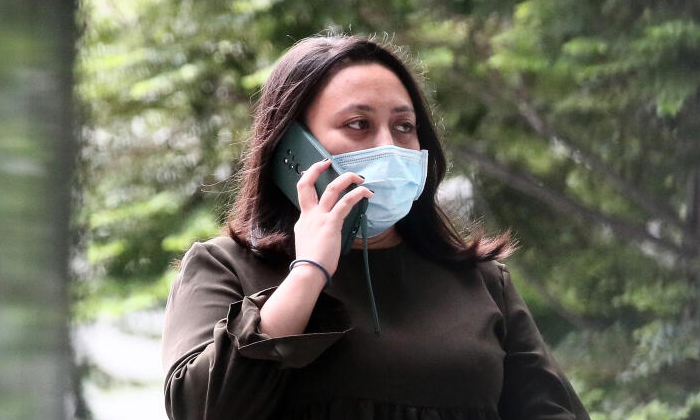 A police staff sergeant nodded off at the wheel as she was driving a police car on Jan 1 last year, and it struck two pedestrians as they were crossing a road at a zebra crossing.

Norimawati Abdullah, 31, was on Wednesday (April 27) sentenced to three months' jail after she pleaded guilty to causing grievous hurt while driving without reasonable consideration to other road users.

She was also disqualified from driving all classes of vehicles for five years from her date of release.

Deputy Public Prosecutor Tay Jingxi said that during investigations, Norimawati admitted that she had between five and six hours of disrupted sleep on the night before her shift started at 8am on the day of the accident.

The court heard that she drove the car even though she was feeling sleepy.

Norimawati was driving it along Nanyang Avenue near Hall 11 of Nanyang Technological University at around 6.20pm on Jan 1 last year when she approached a zebra crossing. It was drizzling at the time and the road surface was wet.

Her colleague, Sergeant (1) Lim Kai Heng, 23, was then sitting in the front passenger seat of the vehicle, the court heard.

The DPP said: "Whilst approaching the zebra crossing, the accused dozed off at the wheel. Sgt (1) Lim noticed that the accused was not slowing the car down at this point and turned to look at the accused. He saw that her eyes were closed.

"Immediately, Sgt (1) Lim shouted 'Ma'am, Ma'am' at the accused in order to wake her up. The accused abruptly woke up and applied emergency brakes."

But she failed to stop the vehicle in time and it struck two students - Ms Tang Chuqiao, 24, and Ms Tian Ting, 25.

The police officers got out of the car to attend to the pair and Norimawati also called for an ambulance.

The pedestrians were taken to Ng Teng Fong General Hospital where Ms Tang was found with injuries, including a fracture to her neck.

She was discharged on Jan 7 last year and given 24 days of hospitalisation leave.

Ms Tian suffered a fracture to her pelvis and multiple facial wounds.

She was also discharged on Jan 7 last year and given 62 days of hospitalisation leave.

On Wednesday, defence lawyer Amarjit Singh Sidhu pleaded for his client to be given four to six weeks' jail and a five-year disqualification from driving.

The lawyer from Amarjit Sidhu Law Corporation told the court: "Wati has been commended by her superiors to be a hardworking and independent worker who responds and manages cases given to her in a professional manner, yet at the same time, has the ability to assure members of the public who required the assistance of the police force.

"Wati regrets her decision to drive despite not being well-rested the night before."

He added that there is no indication that Ms Tang suffers from any permanent disability and that Ms Tian has since recovered from her injuries.