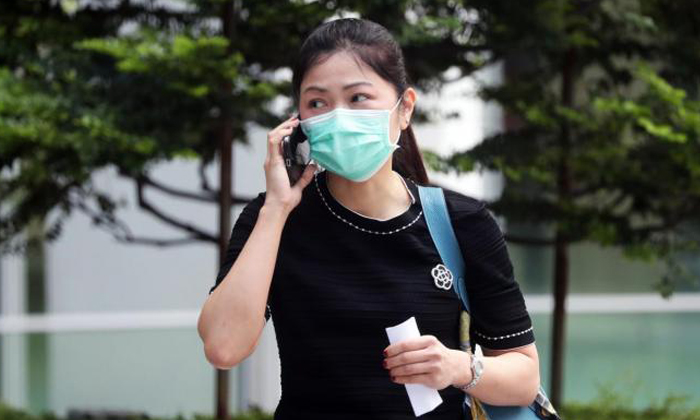 A woman who drove into an assistant registrar outside the Supreme Court, causing him to suffer a facial fracture and dislocated shoulder, was fined $4,000 on Tuesday (Feb 15).

Gillain Jessica Liew Shue Ying was also disqualified from driving for five years after pleading guilty to causing grievous hurt by driving without due care and attention.

Liew, 43, was driving along High Street at about 5.50pm on April 5 last year when she made a right turn onto North Bridge Road, where she collided with Mr Paul Tan Wei Chern, 42.

The assistant registrar with the Supreme Court was using a pedestrian crossing when the green man was blinking, which meant the signal was in his favour.

The collision left him with a facial fracture and dislocated shoulder.

He was taken to Singapore General Hospital where he was warded for five days before being discharged with 49 days of hospitalisation leave.

The court was told the injuries affected his daily living and that healing takes between three and six months.

Liew, who had a clean driving record, rendered assistance immediately after the accident, and fully cooperated with the authorities.

The prosecution said that in the light of these factors, the custodial threshold had not been crossed and asked for the maximum fine.

For her offence, Liew could have been fined up to $5,000 and jailed for up to two years.