Jail, fine for doctor who failed to give way to motorcycle and caused accident that left 2 injured 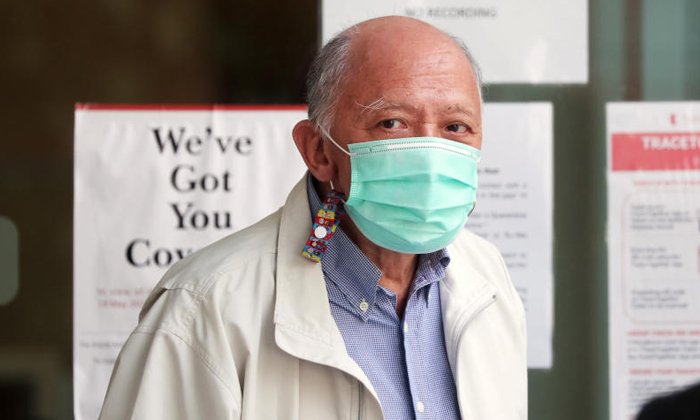 A doctor failed to give way to a motorcycle while making a right turn, causing an accident that led to the amputation of three of the 21-year-old biker's toes.

The pillion rider, a 22-year-old woman, suffered multiple fractures at places, including her right shin bone.

After the accident, the doctor, Roger Pang Heng Mun, got out of his vehicle and attended to the two victims - Mr Muhammad Zakir Zakaria and Ms Eisya Nabila Jaini.

On Monday (Sept 20), the 76-year-old was sentenced to four days' jail and fined $5,000 after he pleaded guilty to causing grievous hurt to the pair by negligent driving.

He was also disqualified from driving all classes of vehicles for 10 years.

A search online on registered healthcare professionals in Singapore reveals that Pang practises at The Ming Clinic in Camden Medical Centre.

The court heard that he was driving a car along Bukit Batok East Avenue 6 at around 8pm on Oct 11, 2019, when he reached the traffic lights at a junction.

He was inching into the right turning pocket as the lights turned green to make a discretionary turn when the biker approached in the opposite direction along Bukit Batok East Avenue 6.

Deputy Public Prosecutor (DPP) Goh Yong Ngee said that despite having visibility of the motorcycle, the accused "negligently failed to give way" and made the right turn.

The two victims were conscious when they were taken to National University Hospital.

Mr Zakir suffered injuries, including three degloved toes and fractures to his right leg. Degloving is an injury in which the top layers of a person's skin and tissue are ripped away.

Ms Eisya was warded from Oct 12 to 18 that year and went through surgery for her injuries.

Stressing that the pair suffered serious injuries, DPP Goh urged the court to sentence Pang to 10 days' jail and disqualify him from driving all classes of vehicles for two years.

The prosecutor noted that the doctor had rendered assistance to the victims.

Defence lawyer Peggy Sarah Yee pleaded for Pang to be given the maximum fine and a long period of disqualification from driving.

And if the judge were minded to give a jail term, she asked for a two-day sentence.

Ms Yee said: "The accused was not speeding; he did not beat any light. He has had an unblemished driving record for 57 years... He has sold his car and he no longer drives."

The court heard that Pang has glaucoma and cataracts - eye-related conditions that could have contributed significantly to his inability to see objects clearly in his peripheral vision.

Ms Yee added that Pang also has severe obstructive sleep apnoea - a potentially fatal condition caused by an obstruction of the airway - and sleeps with the help of a machine every night.

Before handing down the sentence on Monday, District Judge Marvin Bay said: "It is somewhat surprising that he had no insight to the deterioration in his peripheral vision.

"All in all, the nature of his negligence also lies in his handling of his car in making the turn when there would have been a basis for him to suspect that his own eyesight, and in particular, his ability to rapidly pick up fast-moving objects, might be compromised."