Is their marriage going swimmingly? Fans puzzled by rumours of Fish Leong and husband divorcing 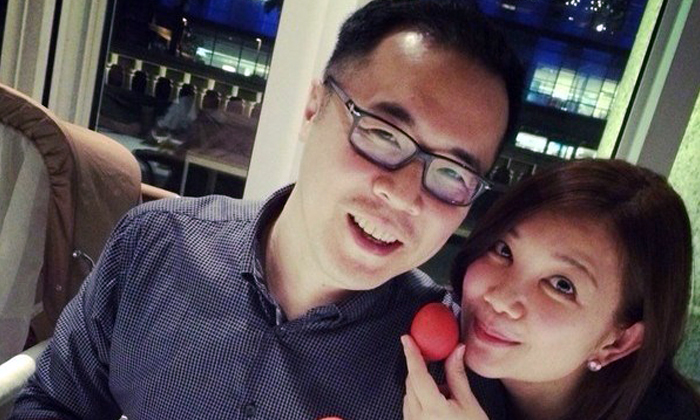 The water is murky over whether Malaysian singer Fish Leong has really divorced her Taiwan wine merchant-husband.

It has not helped matters that she has kept mum even as media outlets like Apple Daily have reported that their nine-year marriage is in hot water.

Her husband Tony Chao, on his part, has neither confirmed nor denied the rumours.

He told Apple Daily that it is not uncommon for couples to bicker and claimed to have no idea why people would suspect his marriage was over.

He also posted that netizens should not be concerned over a situation which he considered as a non-issue.

Apple Daily reported last week that the couple had divorced, with custody of their five-year-old son to be shared.

Word has it that Leong, 41, was upset over his fling with a woman though there are reports that she has forgiven him.

Netizens, who are fishing for answers, are puzzled over the turn of events, given that everything had looked calm in recent months.

The couple were in the Maldives to celebrate their ninth wedding anniversary in February, and Mr Chao posted a photo of the singer and their son in June.

But were there dangerous undercurrents beneath the calm?

China Press reported that when Leong was in Malaysia in July, her representatives told the media not to ask her about her family.

But she did say that, in life, what people see is not necessarily what is true beneath the surface.