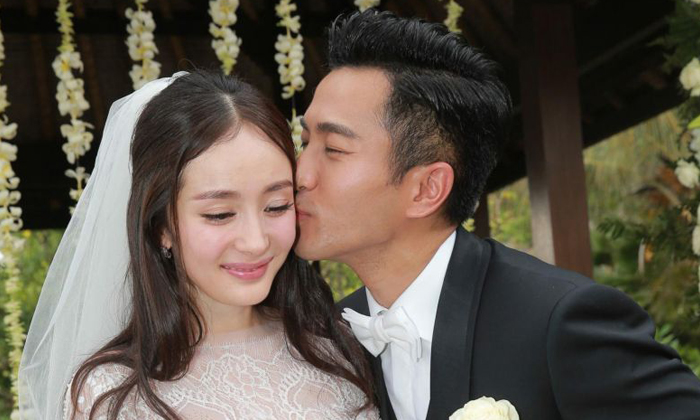 According to the statement, which was released by Chinese entertainment and media company Jiaxing Media, 32-year-old Yang and 44-year-old Lau signed the divorce papers earlier this year and have separated amicably.

The divorce was a decision made by both parties after a discussion "conducted with mutual respect," reported The Straits Times.

"Although the two may no longer be living together as husband and wife, they will act as family members from now on to care for and raise their child," the statement added.

"As friends, they also sincerely wish each other the best for the future."

Yang and Lau wedded in Bali in January 2014, after meeting on the set of the 2012 Chinese historical drama, Ru Yi.

They have a four-year-old daughter Xiao Mi, whose nickname is Xiao Nuo Mi or "Little Glutinous Rice".

Despite rumours of their divorce surfacing in recent years, the couple had always denied them.